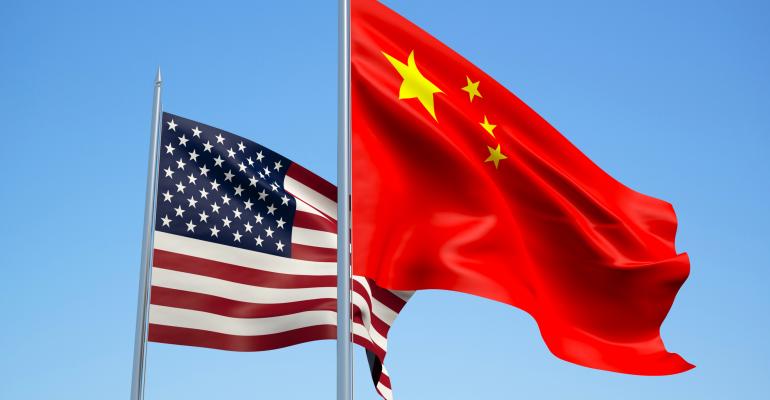 Senior US officials arrive in Beijing for trade talks with China starting Thursday, as both sides dampen expectations for a quick resolution to the heated dispute between the world's two largest economies.

Senior US officials arrive in Beijing for trade talks with China starting Thursday, as both sides dampen expectations for a quick resolution to the heated dispute between the world's two largest economies.

At stake are tariffs on billions of dollars of US and Chinese goods, which, if imposed, could put a dent in humming global economic growth.

US President Donald Trump has threatened to levy new tariffs on $150 billion of Chinese imports while Beijing has so far shot back with a list of $50 billion in targeted US goods.

"It is not realistic to resolve all issues through only one round of negotiations, but we believe that, as long as the US is sincere to resolve the relevant issues, the negotiation will be a positive one," said Hua Chunying, a spokeswoman for China's foreign ministry, at a regular news briefing Wednesday.

Each member of the team is known to harbour strong views with varying degrees of hawkishness on the dispute -- from Navarro, author of "Death by China", to Mnuchin, a former Goldman Sachs executive who has publicly expressed optimism on resolving the spat.

"I'm always hoping but not always hopeful," Lighthizer said on Tuesday before departing for Beijing.

Meanwhile, Trump will be watching and possibly tweeting from Washington.

"Delegation heading to China to begin talks on the Massive Trade Deficit that has been created with our Country," he tweeted as the team prepared to leave.

"Very much like North Korea, this should have been fixed years ago, not now...Great Potential for USA!"

Leading the talks for China will be Liu He, President Xi's top economic advisor and a Vice Premier.

Liu will "exchange views with the US delegation on economic and trade issues of common concern to the US and China", China's official news agency Xinhua said Wednesday.

Liu visited Washington earlier this year for trade talks but few tangible results came out of the meetings.

The immediate threat of tariffs obscures the larger competition in technology looming over the talks.

US officials are concerned about Beijing's 'Made in China 2025' industrial policy which they see as a Chinese plan to dominate key high tech industries.

Before boarding a plane for Beijing, US Commerce Secretary Ross called the policy "frightening".

The US has also reportedly opened a similar probe into another Chinese telecom major, Huawei, after restricting its operations in the country on national security grounds.

Washington's moves, perceived by Beijing as a way to contain China's strategic ambitions in hi-tech, have not gone unnoticed.

President Xi Jinping told scientists last week that the country must develop its own core technology.

"To tackle the next key problems in science and technology, we should abandon fantasies and rely on ourselves," Xi said.