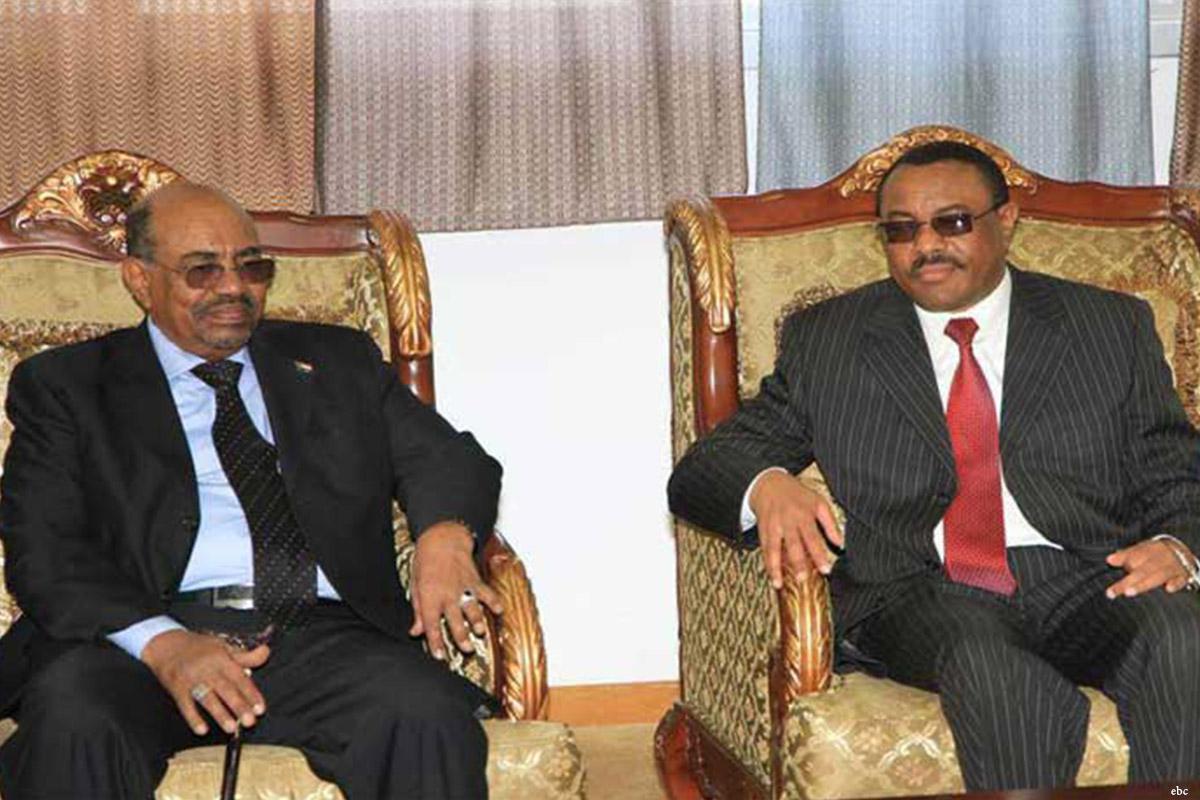 “Military relations between Sudan and Ethiopia are key to achieving stability in the two countries and the region,” Sudanese President Omar Al-Bashir said yesterday.

“Military relations between Sudan and Ethiopia are key to achieving stability in the two countries and the region,” Sudanese President Omar Al-Bashir said yesterday.

This came during his meeting with Ethiopian Joint Chief of Staff General Samora Muhammad Yunis, according to the statement of the Ministry of Defence reported by the Anadolu Agency.

Al-Bashir expressed his hope that this bilateral relationship would be a model for other links between the countries of the region.

He awarded the highest military decoration of the Sudanese armed forces to the Chief of Staff of the Ethiopian National Defence Forces, Lieutenant General Samora Yunis, in appreciation of his efforts in strengthening the role of Ethiopian peacekeepers.

“We look forward to developing these relations in all fields to provide a model of ideal neighbourly relations that take into account the common strategic interests,” Sudanese Defence Minister Awad Mohammed Bin Auf said.

“Coordination and cooperation for maintaining security and stability is ongoing between the two countries, either regarding the common border or against the rebel movements,” Bin Auf added.

He pointed out that “the rebel movements are hindering the internal security and disrupting the ability of the two countries to be more developed.”

The Ethiopian Chief of Staff arrived in Khartoum today to participate in the 16th round of talks of the Joint Military Commission between the two countries.

In April, Al-Bashir and Ethiopian Prime Minister Hailemariam Desalegn announced the unification of their positions towards external threats.

The two countries share a 727 kilometre border, according to the Sudanese Ministry of Foreign Affairs.