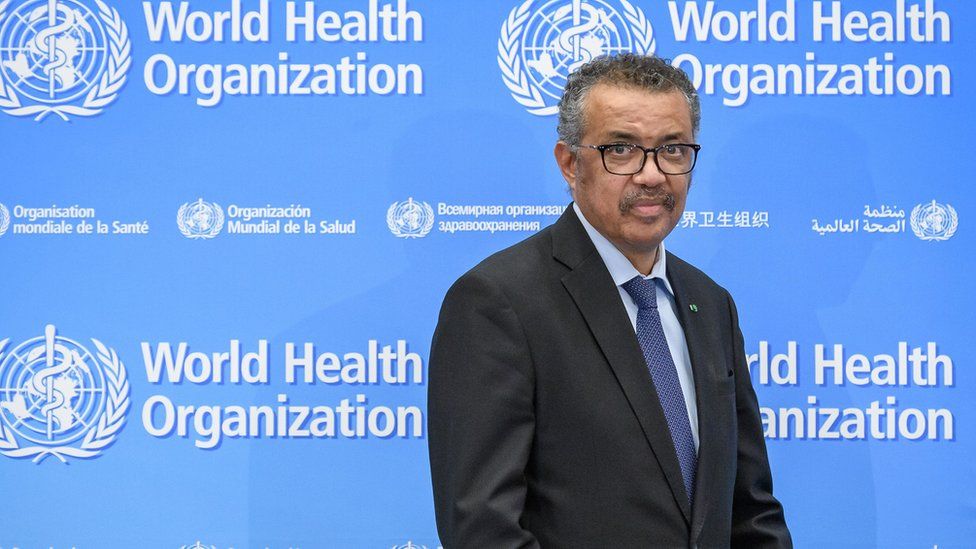 The World Health Organization said Friday that its director-general, Tedros Adhanom Ghebreyesus, is running unopposed for a second five-year term.

The World Health Organization said Friday that its director-general, Tedros Adhanom Ghebreyesus, is running unopposed for a second five-year term.

Tedros, the first African to head the U.N. health agency, has overseen its complex response to the COVID-19 pandemic, which has overshadowed his tenure. Trained in biology and infectious diseases with a doctorate in community health, he is also the first WHO chief who is not a medical doctor.

The U.N. health agency made the announcement after the deadline for candidacies for the next term expired last month and Tedros name was proposed by 28 countries: more than half of them European, and three African: Botswana, Kenya and Rwanda. The formal selection of the next director-general takes place at the WHO’s next assembly in May.

A former health and foreign minister from Ethiopia, Tedros — who goes by his first name — received a strong endorsement when France and Germany announced their support for him shortly after the nomination period closed.

Tedros has repeatedly aired concerns about the deadly Tigray conflict in Ethiopia, and the Ethiopian government shunned his candidacy over his criticism and positions in the former Tigrayan-dominated national government. It has accused him of supporting the rival Tigray forces.

Tedros has been a leading voice urging wealthy countries with large COVID-19 vaccine stockpiles and the big pharmaceutical companies that make them to do more to improve access to the jabs in the developing world — a call that has largely gone unheeded. He has also called for a moratorium on booster shots so that more doses could be made available quicker to poorer countries, which has also mostly fallen on deaf ears.

WHO says more than 60 countries are now administering about 1 million booster shots of COVID-19 vaccines each day — about three times the number of first-time vaccine doses being administered daily in lower-income countries.

In recent weeks, WHO has faced mounting pressure over revelations in September from two independent experts who found that 21 WHO workers were accused of sexually abusing people during the agency’s response to an Ebola outbreak in Congo between 2018 and 2010, out of a total of 83 alleged perpetrators connected to the mission.

The Code Blue Campaign, which campaigns to end sexual exploitation and abuse by U.N. peacekeepers and other staffers, called that the largest finding ever of sexual abuse in a single U.N. initiative in a single country or time period.

On Thursday, the European Union’s executive Commission said it temporarily suspended payments that fund WHO humanitarian operations in Congo in the wake of the revelations — a move that could affect millions of euros used for programs like emergency response, polio eradication and pandemic response in the African country.

“The reported facts are shocking,” a Commission statement said. “Our thoughts are with the victims and survivors of these misdeeds and the priority is to ensure that they are fully supported.”