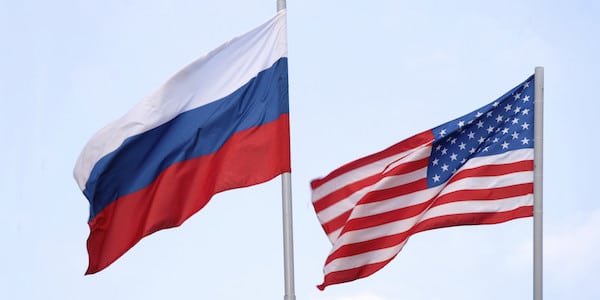 The Russian ambassador to the United States says Washington has ordered 24 Russian diplomats to leave the country by Sept. 3, a move that comes shortly after the U.S. said it had laid off nearly 200 local staffers working for its diplomatic missions in Russia.

The Russian ambassador to the United States says Washington has ordered 24 Russian diplomats to leave the country by Sept. 3, a move that comes shortly after the U.S. said it had laid off nearly 200 local staffers working for its diplomatic missions in Russia.

They are the latest in a series of measures taken by both sides that have strained U.S.-Russia relations, although the State Department denied that its move was retaliatory.

In an interview with The National Interest magazine, ambassador Anatoly Antonov said the embassy received a list of 24 Russian diplomats who are expected to leave the U.S. by Sept. 3.

“Almost all of them will leave without replacements because Washington has abruptly tightened visa issuing procedures,” Antonov said.

In Washington, State Department spokesman Ned Price confirmed that the diplomats are expected to leave the U.S. but rejected Antonov’s characterization of the situation as “incorrect.” He said the expirations were not related to the situation with local staff at U.S. diplomatic facilities in Russia.

“There’s a three-year limit on visa validity for Russians, it’s nothing new. When visas expire, as you might expect, these individuals are expected to leave the country or apply for an extension. That is what is at play here,” he told reporters. Price did not say whether applications for extensions would be considered or summarily rejected.

Antonov said the situation with the embassies in both countries hasn’t changed for the better since the June summit in Geneva between Russian President Vladimir Putin and U.S. President Joe Biden. It was after that summit that Antonov and his U.S. counterpart John Sullivan returned to their posts after being recalled for consultations.

“Russian diplomatic missions in the United States are still forced to work under unprecedented restrictions that not only remain in effect, but are stepped up,” Antonov said.

“The expulsions of diplomats are implemented under far-fetched pretexts now and then. Last December the State Department unilaterally established a three-year limit on the assignment period for Russian personnel in the United States that, as far as we know, is not applied to any other country,” he said.

Antonov’s interview comes several days after the State Department announced laying off 182 locally employed staffers at the U.S. facilities in Russia to comply with a ban on local hires the Kremlin imposed earlier this year in response to U.S. expulsions of Russian diplomats and tit-for-tat closures of numerous diplomatic facilities in each country.

The expulsions occurred in the context of U.S. sanctions imposed over Russian interference in the 2020 U.S. presidential election, the poisoning of a former Russian spy in Britain, the arrest of opposition figure Alexei Navalny and the crackdown on his supporters, and Russian involvement in the SolarWinds hack of U.S. federal agencies. All are activities that Russia has denied.

After the announcement of the ban, the U.S. Embassy in Russia suspended routine consular services and since May has been processing immigrant visas only in the case of life-or-death emergencies.

The suspension of consular services has also left Russian businessmen, exchange students and romantic partners adrift because they are no longer able to obtain U.S. visas in Russia.