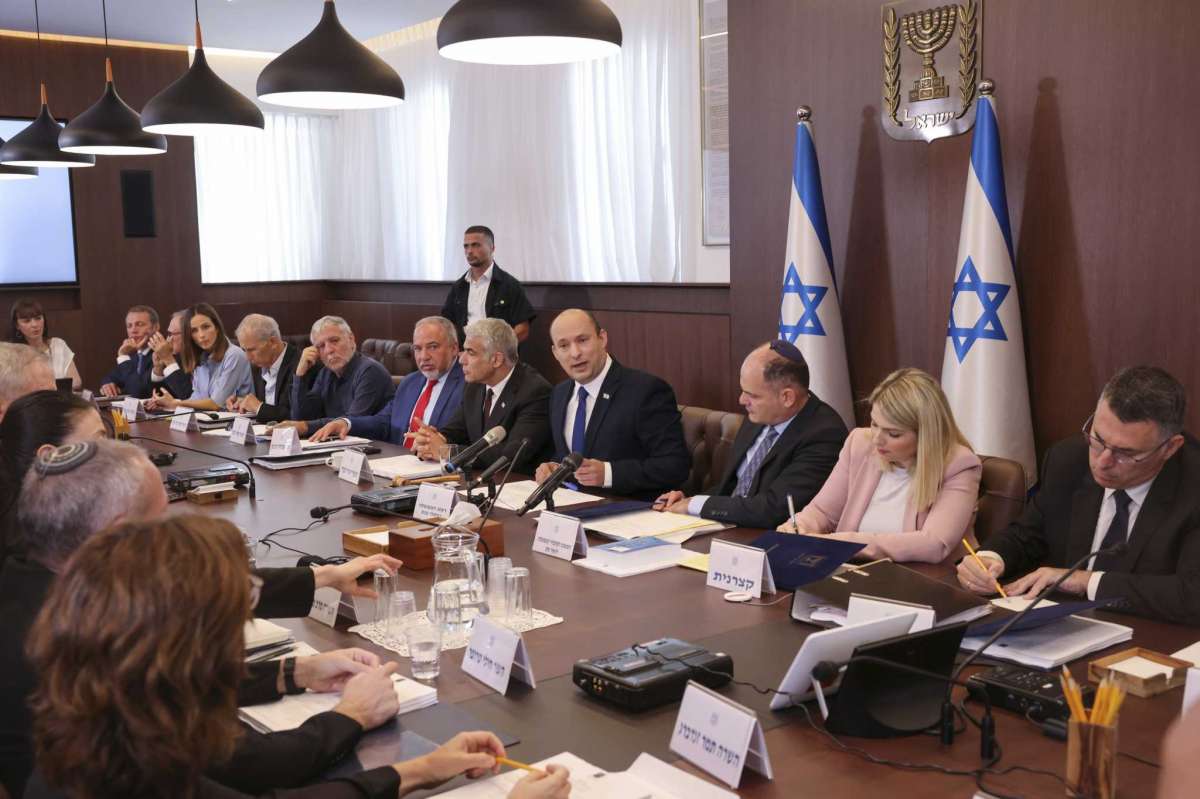 Naftali Bennett said Iran's presidential election was a sign for world powers to 'wake up' before returning to a deal.

Naftali Bennett said Iran's presidential election was a sign for world powers to 'wake up' before returning to a deal.

Israeli Prime Minister Naftali Bennett has condemned the new Iranian president as a "hangman", describing Ebrahim Raisi's election win as a final "wake up" call for world powers before returning to a nuclear agreement with Tehran.

Bennett made the comments on Sunday as he opened his first cabinet meeting since swearing in his new coalition government last week.

Hardline judiciary chief Raisi was elected as Iran’s next president on Saturday with 62 percent of the vote amid a historically low voter turnout. He is sanctioned by the United States in part over his involvement in the mass execution of thousands of political prisoners in 1988, at the end of the Iran-Iraq war. Raisi has not commented specifically on the event.

Bennett said at the cabinet meeting in Jerusalem that “of all the people that (Iranian Supreme Leader Ayatollah Ali) Khamenei could have chosen, he chose the hangman of Tehran, the man infamous among Iranians and across the world for leading the death committees that executed thousands of innocent Iranian citizens throughout the years.”

Iran and world powers resumed indirect talks in Vienna on Sunday to resurrect Tehran’s tattered 2015 nuclear deal, which granted Iran sanctions relief in exchange for curbs on its nuclear programme.

Iranian and American diplomats have been negotiating a return to the accord in the Austrian capital through European intermediaries since April.

The landmark nuclear deal between world powers and Iran, which Israel opposed, collapsed after former US President Donald Trump unilaterally withdrew the United States from the accord in 2018. That decision has seen Iran, over time, abandon every limitation on enrichment and Tehran is currently enriching uranium at its highest levels ever, though still short of weapons-grade levels.

Bennett said Raisi’s election as Iranian president was “the last chance for the world powers to wake up before returning to the nuclear agreement and to understand who they’re doing business with”.

“These guys are murderers, mass murderers: a regime of brutal hangmen must never be allowed to have weapons of mass destruction that will enable it to not kill thousands, but millions,” he said.

Israel has long stated that it opposes arch-enemy Iran’s nuclear programme and said it would prevent Tehran from obtaining nuclear weapons. Iran insists its nuclear program is intended for peaceful purposes.

Earlier this month, Israel’s outgoing Mossad intelligence chief signalled that Israel was behind a string of recent attacks targeting the country’s nuclear programme.

Al Jazeera’s Harry Fawcett, reporting from West Jerusalem, said Bennett’s statements were both aimed at an international audience and designed to shore up his credentials at home as being tough on Iran.

Bennett heads a broad coalition of parties ranging from Jewish ultranationalists to liberal factions and an Arab party that unseated longtime prime minister Benjamin Netanyahu and sent him to the opposition for the first time in 12 years.

“The fact that [Bennett] made the remarks in English was quite interesting given that he was speaking to his cabinet, the kind of [meeting] in which you would see his predecessor Benjamin Netanyahu speaking in Hebrew,” Fawcett said.

Later on Sunday, negotiators for Iran and the six world powers adjourned talks on reviving the nuclear deal, and agreed to return to their respective capitals for consultations as remaining differences still need to be overcome, officials said.

“We are now closer than ever to an agreement but the distance that exists between us and an agreement remains and bridging it is not an easy job,” Iran’s top negotiator Abbas Araqchi told state TV from Vienna.

“We will return to Tehran tonight.”

After more than a week of negotiations in their latest round, parties to the pact wrapped up with Russia’s envoy saying no date for a resumption in negotiations had been set for now, although he suggested they could return in about 10 days.

Enrique Mora, the European Union political director who has coordinated the discussions, told reporters in Vienna that progress had been made this week in the sixth round of talks.

Sunday’s talks are the first since Raisi – who will take office in August – won the election.

Raisi, like Khamenei, has supported the nuclear talks as a route to cancelling US sanctions that have crippled the Islamic Republic’s oil-based economy and dramatically worsened economic hardships, stirring widespread discontent.

The new government will hope to claim credit for any economic benefits arising from the revival of the accord, something the outgoing administration might clinch before Raisi takes office.