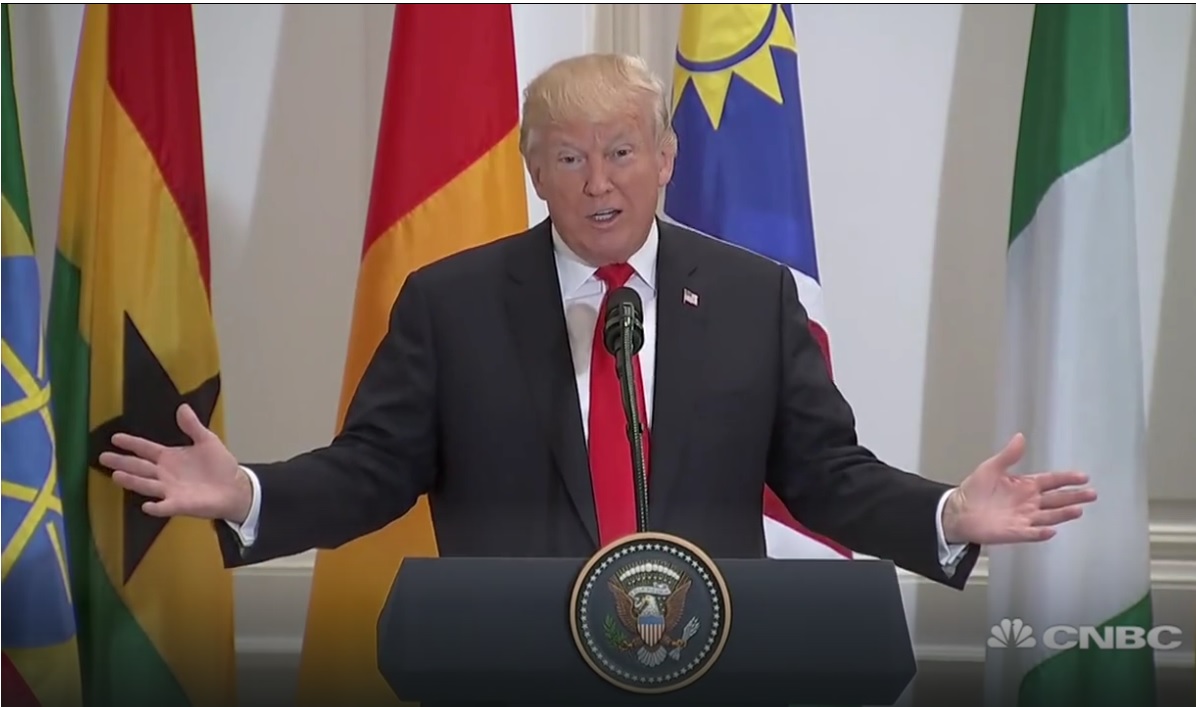 U.S. President Donald Trump was met with silence from African leaders Wednesday when he tried to congratulate them for the economic progress the continent has made..

U.S. President Donald Trump was met with silence from African leaders Wednesday when he tried to congratulate them for the economic progress the continent has made..

"Africa has tremendous business potential. I've so many friends going to your countries, trying to get rich," Trump told them at a luncheon Wednesday in New York, according to CNBC. "I congratulate you. They're spending a lot of money," he said.

Trump reportedly paused for laughter or applause, but none ensued.

The suggestion that wealthy Americans might be trying to enrich themselves in Africa would have been a sensitive one at the event, given that African labor and natural resources were subjected to centuries of European and American exploitation in the colonial era, including during the trans-Atlantic slave trade.

"For American firms it's really become a place that they have to go — that they want to go," Trump continued, noting that six of the world's ten fastest-growing economies are in Africa.

Most U.S. ambassadorships to African nations remain unfilled at this point, CNBC reports, even though all Obama-era appointees were recalled prior to Trump's inauguration in January. This means that a majority of countries in Africa cannot conduct diplomacy with the U.S. through an ambassador.

Trump also appeared to have referred to Namibia as "Nambia" in his speech, at one point saying that "Nambia's health system is increasingly self-sufficient." A transcript of the speech from the White House confirmed that Trump was indeed referring to Namibia.