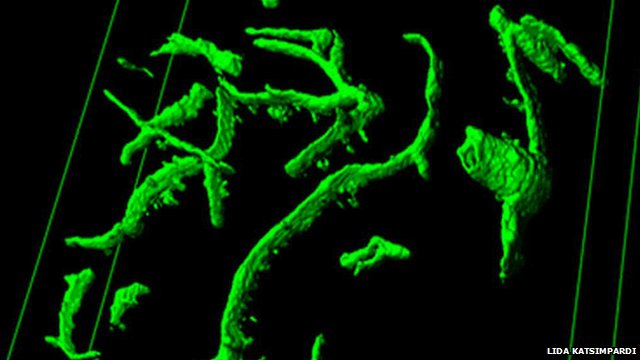 Researchers in the US say they might have discovered how to combat and even reverse some processes of ageing, at least in mice.

Injecting the blood of young mice into older rodents boosted their brainpower, a study found.

Researchers in the US say they might have discovered how to combat and even reverse some processes of ageing, at least in mice.

Injecting the blood of young mice into older rodents boosted their brainpower, a study found.

Scientists at Stanford University plan to carry out trials in people in the hope that new treatments for dementia can be developed.

In the study, published in Nature Medicine, mice aged 18 months were given injections of the fluid part of blood (plasma) taken from mice aged three months.

The injected mice performed better on memory tests than mice of the same age that had not been given blood plasma.

"There are factors present in blood from young mice that can recharge an old mouse's brain so that it functions more like a younger one," said Dr Tony Wyss-Coray of Stanford University School of Medicine.

"We're working intensively to find out what those factors might be and from exactly which tissues they originate."

He said it was not known whether the same was true in humans, but a clinical trial was planned.

Alzheimer's Research UK said the treatment rejuvenated certain aspects of learning and memory in mice, but was "of unknown significance to humans".

"This research, while very interesting, does not investigate the type of cognitive impairment that is seen in Alzheimer's disease, which is not an inevitable consequence of ageing," said Dr Eric Karran, director of research at the charity.
Muscle boost

Meanwhile, two studies by a separate team have shed more light on how young blood may benefit the old, in mice at least.

A substance in the blood of mice previously shown to have an anti-aging effect on heart muscle, also boosted brain cells, according to a Harvard team.

The research, published in Science, found the blood factor encouraged the growth of brain cells in old mice, and restored their sense of smell.