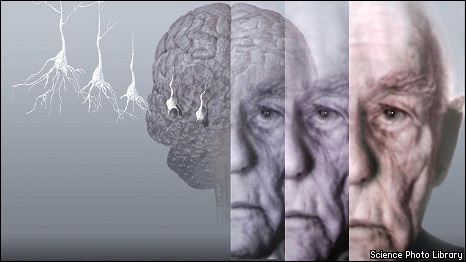 The prime minister's announcement came before a dementia summit which is part of Britain's presidency of the G8.

The prime minister's announcement came before a dementia summit which is part of Britain's presidency of the G8.

Meanwhile, the Care Quality Commission (CQC) plans unannounced inspections of the care of dementia patients at 150 institutions across England.

The global number of dementia sufferers is expected to treble to 135m by 2050.

A dementia brain scan will also be introduced for some NHS patients with complicated symptoms.

It could help rule out Alzheimer's disease, the most common form of dementia, by hunting for damaged proteins in the brain.

The disease is incurable and ultimately leaves people needing full-time care as brain function wastes away.

There is growing concern that some countries will simply not cope with the growing burden of dementia.

It costs the world billions of dollars each year: £370bn ($604bn) in 2010, according to the World Health Organization.

Health ministers from the G8 nations are meeting to find the best ways to advance research.

Ahead of the meeting, Mr Cameron called on government, industry and charities all to commit more funding.

Mr Cameron called for the G8 to make this the day "the global fightback really started".

He told the summit: "This is disease steals lives, wrecks families and breaks hearts."

"If we are to beat dementia, we must also work globally, with nations, business and scientists from all over the world working together as we did with cancer, and with HIV and Aids."

Health Secretary Jeremy Hunt said: "This mustn't be about paying lip service to dementia, it must be about actually changing things - and the biggest thing we can do is make sure we have a proper diagnosis to people.

"By the end of this Parliament we will have doubled the money going into dementia research, so there is a real increase happening, and we have put £0.5bn into additional support for carers."

Labour's shadow health secretary Andy Burnham, commenting on the summit, said dementia was "one of the greatest challenges we will face in this century.

"The prime minister is right to focus on it and Labour will give the important commitment to research cross-party support."

But he added: "The sad reality is too many people with dementia are not getting the support they need at home and are ending up at A&E in increasing numbers. These are problems of this government's making."

Author Sir Terry Pratchett, who was diagnosed with Alzheimer's in 2008, told the BBC's Newsnight "a lot more" money should be spent on dementia research and care.

"Every time I read a newspaper or look at a screen, some bad care has been found somewhere in Britain," he said.

Sir Terry said people were afraid of dementia, and that fear could be reduced if they knew they would be "well looked after".

The Alzheimer's Society charity said the summit was a "once in a lifetime opportunity".

Chief executive Jeremy Hughes said: "Given that this is the first time a prime minister has used the presidency of the G8 to take action on a single disease, we are expecting a rallying cry from the UK government.

"Yet the details we have seen so far are not enough.

"As we enter the summit today, the UK must show an injection of ambition, commitment to a long-term strategy and more funding."
Bran scans

Patients with complicated symptoms or early onset dementia will now be able to get a new brain scan on the NHS to aid diagnosis.

A radioactive marker which binds to amyloid, a hallmark of Alzheimer's disease, will be injected. If there is amyloid in the brain then the tracer will show up on brain scans.

The test will initially be offered at Imperial Hospital Trust in London and will be rolled out to other specialist centres.

Dr Richard Perry, a consultant neurologist at Imperial, told the BBC: "For a patient who can't get an answer using the usual tests this will make a big difference as it'll provide clarity.

"Knowing the cause is the first step to getting treatment."

Around 100 patients a year are expected to get access to the scan.

There have been a flurry of other funding announcements tied to the talks including:

The Engineering and Physical Sciences Research Council has put up £5m improve ways of diagnosing and measure disease progression.


Hilary Evans, from Alzheimer's Research UK, said: "It will be heartening to thousands of people living with dementia to see the UK leading the way in dementia research and know that scientists are fighting for them.

"We boast some of the world's leading scientists in dementia, and these announcements are a clear backing of their crucial work - this support must continue.

"We hope this package of announcements will set a good example to other G8 nations to galvanise international research efforts."

Announcing its plan to inspect 150 English care homes and hospitals, the CQC said it would look at what needed improving, how to cut hospital admissions from care homes and ways to help people with dementia maintain their physical and mental well-being.

David Behan, chief executive of the health regulator, said: "We know that these people are often vulnerable because of their condition and can rely on a number of services across health and social care to support their physical, mental and social well-being.

"Our findings will draw conclusions on a national scale about what works well and where improvements are required."

A national report on the issue will also be published in May.