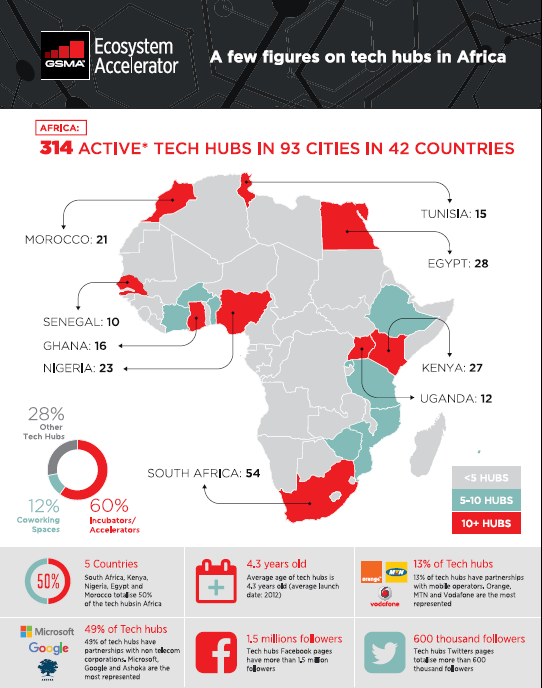 President Trump’s comments about immigrants coming from “shithole” countries are continuing to stir up a shitstorm internationally.

President Trump’s comments about immigrants coming from “shithole” countries are continuing to stir up a shitstorm internationally.

And while the language itself is bad enough, the President and his advisors need to also reboot their assumptions about the African continent — not just for the immigration debate but for U.S. foreign policy considerations.

Among other sweeping changes, Africa is in the midst of a tech boom that’s reshaping the culture, politics, and economies of many of its countries. African immigrants are key drivers of this digital movement. And African tech companies are now generating revenue and creating jobs in the USA.

Sure, just like any region in the world, the continent has its goods and bads.  Many of Africa’s stereotypical problems—conflict, poverty, corruption—have not vanished. But nearly two decades of improved stability, economic growth, and reform have come together to create some bright spots. Rapid modernization and a growing technology scene are among them.

Africa now has over 316 tech hubs, accelerators, and innovation spaces across IT hotspots in Ghana, Kenya, South Africa, Nigeria, and Rwanda. Thousands of African startups are moving into every imaginable sector: from blockchain, logistics, and education to healthcare and agriculture.

And hundreds of millions of dollars in venture capital is flowing to these startups, with the expectation that some of their solutions for Africa’s 1.2 billion people will produce significant ROI.

The continent minted its first $1bn unicorn—e-commerce venture Jumia—in 2016.  And at least one big technology company in Africa, Naspers, regularly makes outward investments in Asia, Europe, and the Americas.

Over the last five years, just about every big name U.S. tech company, including Facebook, Google, and Netflix, has expanded in Africa. IBM built a $100 million research initiative based in Kenya to create an African version of Watson, dubbed Lucy. Uber operates in eight African countries and is testing product options on the continent that could end up in its cars in London, New York, or DC.

Africa is now exporting technology and innovation that has the potential to impact the U.S. The solar powered BRCK Wi-Fi device, developed in Kenya, helps connect people in internet deadspots on five continents. The Andela coding accelerator is shaping African programmers who work for global Fortune 500 companies.

African mobile payments solutions in Kenya and Nigeria are used as digital finance case studies by big banks across the world. In 2016, Africa incubated the first national drone delivery program at scale through a partnership with American robotics startup Zipline and the government of Rwanda, which has been studied by the FAA for application in the U.S.

And behind all this technological innovation is a new generation of African tech enthusiast and entrepreneurs. Many of them have stronger ties to the U.S. than any other region in the world.

The original founders of the continent’s big e-commerce startups, Jumia (Tunde Kehinde and Raphael Afaedor) and Konga (Sim Shagaya) went to Harvard Business School and worked in the U.S.

And Nigerian immigrant Chris Folayan—founder of e-commerce venture MallforAfrica—is using his platform to boost U.S. exports in Africa and profits for American companies.

With its proprietary payment and delivery system, the site allows partners such as Macy’s, BestBuy, and Auto Parts Warehouse to sell in Africa. Through, MallforAfrica’s eBay collaboration, American individuals and small businesses are generating revenue in the U.S. through online sales in Africa.

And MallforAfrica—a tech startup founded by an African immigrant—is now employing Americans at its Portland processing center. It plans to expand with a new U.S. location in 2018.

So circling back to Shithole gate, when it comes to Africa and African immigrants, there’s a lot more for the president and his administration to consider when it comes to policy and characterizations of the continent. Africa’s technology sector, IT entrepreneurs, and their growing connections to the United States should factor highly.