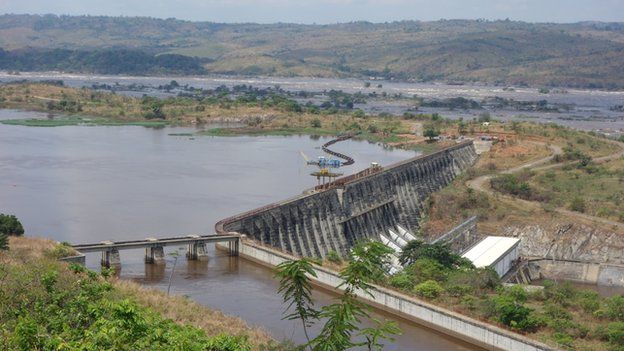 THE Democratic Republic of Congo said the developer for the first phase of the $100 billion Grand Inga hydropower project will be selected by August for construction to start by June next year.

THE Democratic Republic of Congo said the developer for the first phase of the $100 billion Grand Inga hydropower project will be selected by August for construction to start by June next year.

Two of the three groups that answered Congo’s 2010 call for bids remain in the running, Bruno Kapandji, head of the Office for the Development and Promotion of the Grand Inga Project, told a conference Friday in Maputo, Mozambique’s capital. There were 11 bidders initially, he said.

The $12 billion Inga 3 project intends to address a power shortage that is curbing mining-industry growth in Africa’s biggest copper producer, but progress has been slow.

It will initially produce 4,800 megawatts, almost double Congo’s current installed capacity, 2,500 megawatts of which will be sold to South Africa under an October 2013 treaty between the two countries. The larger Grand Inga hydropower complex would span the Congo river and produce as much as 50,000 megawatts of power when complete, according to the World Bank.

Congo will sign a power-export agreement with Nigeria next month, Kapandji said. Earlier this year, it reached an accord to supply energy from the 3,000-megawatt second phase of Inga to Egypt. The memorandum between the General Authority for Suez Canal Economic Zone and Congo doesn’t yet include firm commitments on energy offtake or financing but will “drive the project forward” Kapandji said in February.

Under the terms of the treaty with South Africa, power must be delivered by 2020. Out of the two remaining bidders, the Chinese group is promising to bring the project online more quickly, Kapandji said.

“The Spanish one said they’re going to finish all the works in five to six years,” he said. “The Chinese candidate said a maximum of five years and if they’re free to do whatever they want to do they can even do it in four years.”

China, the world’s biggest buyer of industrial metals, is Congo’s largest trading partner, with two-way flows exceeding $4.3 billion in 2014. The government already has a series a large infrastructure and mining projects with Chinese companies including Sinohydro.