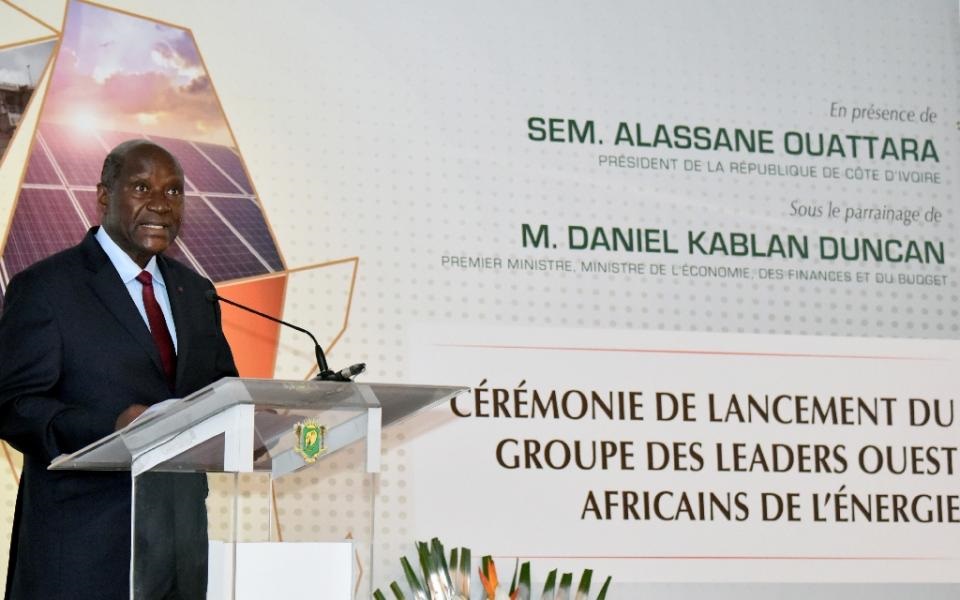 The prime ministers of Benin, Mali, Niger and Togo and the Ivory Coast made their appeal Tuesday in Abidjan during the founding meeting of the West African Energy Leaders Group -- an initiative assembling political and business leaders seeking to boost public-private power development projects in the region.

He stressed the private sector is the only actor in the energy sector capable of "assuming the often considerable investments that are virtually impossible for state budgets alone to finance" in an appeal co-signed with his fellow heads of government.

Duncan said efforts to resolve the region's chronic shortages of electricity have become even more urgent amid "the strong economic growth observed over the last five years demanding more and more energy resources."

Duncan noted that 15 percent of the world's total population lives in Africa, but consumes a mere three percent of global electricity supplies. He called the limited access to energy "a major brake on the economic and social development of the continent."

Around 61 percent of the 300 million people living in the Community of West African States' 15 member countries live without access to electricity, Duncan noted.

Nearly 625 million people living in sub-Saharan Africa -- or two-thirds of the region's population -- suffer from electricity shortages or lack of power supplies, according to the African Development Bank (BAD).

The BAD estimates about $42 billion in investment funds will be needed between now and 2040 to meet Africa's power development needs, which it says will require a ten-fold increase in current levels of private sector participation.

The Ivory Coast -- the leading economic power in French-speaking West Africa -- began reconstruction of its power grid following the period of violence during 2010-2011.

Ivoirian authorities plan to invest $18 billion in the energy sector by 2030, with a large portion of that expected to come from the private sector.

Elsewhere on Wednesday, the South African government announced it had sold its stake in telecommunications giant Vodacom to raise cash for a $1.9 billion injection to state-owned energy provider Eskom, whose inability to satisfy electricity demand has undercut growth levels in Africa's most developed economy.