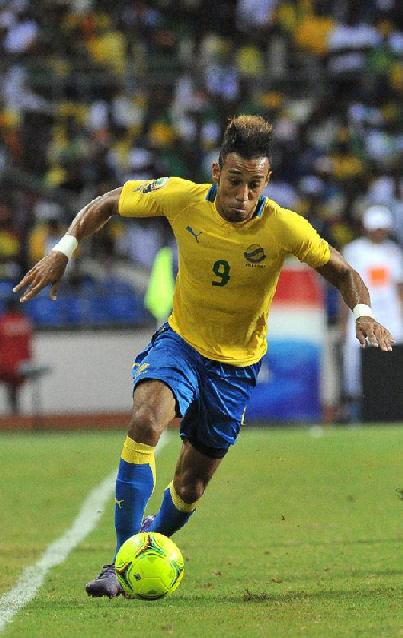 The right to stay put in Libreville will be at stake when co-hosts Gabon and Tunisia do battle Tuesday night in a final 2012 Africa Cup of Nations Group C match.

Both teams are already through to the last eight of the tournament after they won their first two matches.

Gabon's striker Pierre-Emerick Aubameyang dribbles during the Africa Cup of Nations 2012 (CAN), Group C, football match between Gabon and Morocco at the Stade de l'Amitie in Libreville on January 27. The right to stay put in Libreville will be at stake when co-hosts Gabon and Tunisia do battle Tuesday night in a final 2012 Africa Cup of Nations Group C match. (Photo AFP /Issouf Sanogo)

The right to stay put in Libreville will be at stake when co-hosts Gabon and Tunisia do battle Tuesday night in a final 2012 Africa Cup of Nations Group C match.

Both teams are already through to the last eight of the tournament after they won their first two matches.

Tuesday’s clash will therefore determine who wins this group to return to Gabon’s capital city of Libreville for a quarter-final against the second-placed team in Group D.

The runners-up in Group C will stay back in Gabon’s second city of Franceville to take on the winners of Group D, which features Ghana, Guinea, Mali and Botswana.

A draw will suffice for hosts Gabon as they already enjoy a better goals difference than Tunisia.

Second place for the Azingo would also mean that if they reach the semi-finals, they would have to travel to co-hosts Equatorial Guinea for that game.

The home team would therefore very much wish to be back in the capital, where they have been lifted by the tremendous support from their fans at the Stade de L’Amitie to go past Niger and Morocco.

Les Pantheres of Gabon showed great character to come back from a goal down to beat a fired-up Morocco 3-2 in their last group game in Libreville.

"It is not always easy to come back and for the team to find the resources to impose themselves on the game in the final minutes shows that mentally they are very strong," said German coach Gernot Rohr, who has prepared his team for the past two years.

The co-hosts have already equalled their best ever performance in this competition by reaching the quarter-finals, as they did in 1996.

"Gabon are very ambitious. On paper, we are still not one of the favourites. But with heart, courage and our football, we hope to continue to cause a few surprises," promised Rohr.

Gabon forward Pierre-Emerick Aubameyang has lived up to the star billing leading up to this championship. The Saint Etienne ace was the man of the match against Niger and crowned it with a goal. He then followed up with another against Morocco.

However, the durable Daniel Cousin showed he could also still some damage when he came off the bench to score his first goal of the tournament against Morocco.

The Confederation of African Football (CAF) have cleared Club Africain defender Bilel Ifa for this game after they first informed Tunisia that the player picked up a second booking against Niger and so he is ruled out for the Gabon game.

However, Tunisia contested this ruling, arguing that the player was not booked in an opening Group C match against Morocco and he has now been unbanned.

Auxerre striker Issam Jemaa came off the substitute point to score a late match winner against a hard-fighting Niger team and earn the Carthage Eagles a berth in the quarter-finals.

Jemaa has been nursing an injury but he is now expected to be picked ahead of Amine Chermiti, who started the team’s last game against the Mena of Niger.

Coach Sami Trabelsi is already looking beyond the Gabon game and has hinted he plans to make several changes to his team as several players are already on a booking and if they are again booked Tuesday, they will miss the quarter-finals.

"We have five, six players who have a booking and so we have to make some changes to ensure they are not booked again and miss the next game," said Trabelsi.

Among those on a booking are skipper Karim Haggui, midfielder Khaled Korbi and goalkeeper Aymen Mathlouthi