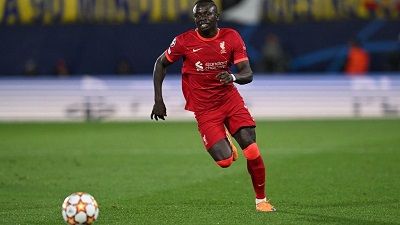 The Senegal international was among the goal scorers as the Liverpool overturned a two-goal deficit to beat Villarreal 3-2 in Tuesday’s semi-final second leg showdown at Estadio de la Ceramica, goal.com reports.

The 30-year-old has set a new landmark for African forwards in the European club competition.

With the Spanish outfit needing to erase their 2-0 first leg shortfall against the Reds, the Yellow Submarine took an early lead thanks to Boulaye Dia.

The Senegal international’s goal came after two minutes and 51 seconds, the earliest the Premier League side has conceded in the competition since April 2018 (after one minute and 57 seconds vs Manchester City).

Jurgen Klopp’s side launched a comeback in the second half. First, Fabinho pulled one back for the visitors two minutes after the hour mark thanks to Mohamed Salah’s assist.

Five minutes later, Trent Alexander-Arnold teed up Luis Diaz for the equaliser before Mane completed the comeback triumph in the 74th minute with Naby Keita providing him with the pass.