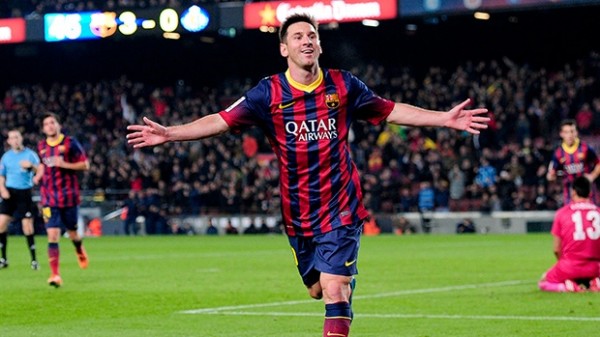 Lionel Messi has retired from international duty after missing in a penalty shootout as Argentina lost a fourth major final in nine years.

Lionel Messi has retired from international duty after missing in a penalty shootout as Argentina lost a fourth major final in nine years.

"For me, the national team is over," he said after defeat by Chile in the Copa America final. "I've done all I can. It hurts not to be a champion."

But his only major international honour is Olympic gold at the 2008 Games.

As well as losing two Copa America finals on penalties to Chile, Messi was in the Argentina side beaten 1-0 by Germany in the 2014 World Cup final.

The forward, who was been awarded the Ballon d'Or five times, was also on the losing side against Brazil in the 2007 Copa America final.

"It's been four finals, I tried," added Messi, who made his debut for Argentina in 2005 and has played 113 times for his country.

"It was the thing I wanted the most, but I couldn't get it, so I think it's over.

"It's very hard, but the decision is taken. Now I will not try more and there will be no going back."

Messi had scored five times at this year's Copa America, including a superb free-kick in the semi-final win over hosts the USA.

That goal made him his country's record scorer with 55 goals, eclipsing the 54-goal mark of striker Gabriel Batistuta.

Argentina and Manchester United goalkeeper Sergio Romero said he hoped Messi would "reflect" on his decision and reconsider.

"I think he spoke while he was heated, because a beautiful opportunity escaped us," said Romero. "I can't imagine a national team without Messi."

Sergio Aguero described the mood in the Argentina dressing room as "the worst I've ever been in" and suggested others may follow Messi's lead.

"There are several players who are evaluating not continuing with the national team," the Manchester City striker told South American media.

He added: "It is the worst defeat ever, worse than the two other finals. So the thinking is it might be time to make room for other players."

After leaving Argentina for Barcelona when he was 13, it has been suggested there is "less room for forgiveness" for Messi in his native country.

But following defeat by Chile, there was more criticism of Napoli striker Higuain, who missed the game's best chance when firing wide in a one-on-one with Chile keeper Claudio Bravo after 20 minutes.

Higuain missed a key chance in the World Cup final against Germany in Brazil, too, and also missed a penalty in the shootout when Chile beat Argentina in last year's Copa final.

Argentina are already six games into their qualification campaign for the 2018 World Cup. They are third in the table, two points behind leaders Uruguay.

The top four teams progress to the finals in Russia, while the team finishing fifth qualifies for a two-legged play-off against the best team from Oceania.