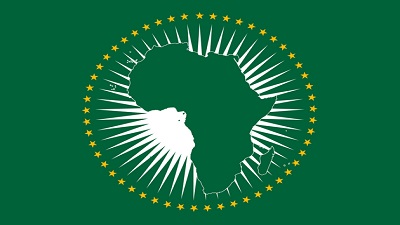 Facilitated by the African Union Mission to the U.S, H.E Moussa Faki Mahamat, Chairperson of the African Union Commission (AUC), is expected to lead a powerful delegation to Washington to take part in this important summit.

According to the organizers, the summit aims to serve as a demonstration of the Biden administration’s commitment to the African continent and provide a forum for new joint initiatives between the United States and countries in Africa. According to senior White House officials, approximately 50 heads of state and senior government officials from African countries are expected to attend the summit.

Worth recalling that, the first U.S.-Africa Leaders Summit was held in 2014, under President Obama’s administration, announcing and engaging new private sector commitments to invest and partner with African countries on initiatives in energy, financial services, climate change, food security and health care, among other areas. This year’s summit is expected to prioritize similar issues, while placing an even greater emphasis on bilateral trade and investment initiatives.

The summit will include new initiatives to increase U.S. engagement with the African Continental Free Trade Area (AfCFTA), as well as initiatives to boost the continent’s recovery from COVID-19, bolster food security and promote investment in infrastructure, health and renewable energy projects, among other priorities. The forum will also include interactions with the civil society, multilateral meetings between President Biden and African Heads of state, secretary and cabinet-level meetings for trade, energy and diplomacy, and a collection of industry-focused meetings under the purviews of the U.S.-Africa Business Forum.

The Biden administration is also expected to reiterate the need for African governments to address democracy and human rights concerns. According to a  Statement issued by the White House on 20 July 2022, President Biden  said  “ I look forward to working with African governments, civil society, diaspora communities across the United States, and the private sector to continue strengthening our shared vision for the future of U.S.-Africa relations”.

The US President added that, the Summit will demonstrate the United States’ enduring commitment to Africa and will underscore the importance of U.S.-Africa relations and increased cooperation on shared global priorities. the U.S.- Africa Leaders Summit will build on shared values to better foster new economic engagement; reinforce commitment to democracy, human rights, and civil society; mitigate the impact of COVID-19 and of future pandemics; work collaboratively to strengthen regional and global health; promote food security; advance peace and security; respond to the climate crisis; amplify diaspora ties and promote education and youth leadership.

Africa will shape the future — not just the future of the African people, but of the world. Africa will make the difference in tackling the most urgent challenges and seizing the opportunities the world is facing.

Furthermore, a Business Day scheduled for 14 December 2022 will comprise of the U.S.-Africa Business Forum (USABF), hosted by the U.S. Department of Commerce, the U.S. Chamber of Commerce, and the Corporate Council on Africa, in partnership with the Prosper Africa initiative. The USABF will focus on advancing a two-way trade and investment partnership that bolsters Africa’s role in the global economy, scale innovation and entrepreneurship, and drive advancements in key sectors. The USABF will also include “Deal Rooms” that will showcase commitments made by U.S. companies investing in and partnering with Africa.

Meanwhile, a Leaders Day has been scheduled for the 15 of December 2022. The Leaders Day will feature government meetings and events for the visiting country delegations.

On the other hand, there will also be different side events held by think tanks and associations, featuring key African government leaders and thematic issues of interest. Additional details about the summit and events surrounding it will be communicated subsequently.