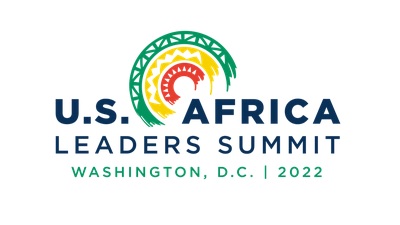 In a U-turn from the Trump administration, Team Biden wants to court African nations without talking about Beijing.

In a U-turn from the Trump administration, Team Biden wants to court African nations without talking about Beijing.

Since U.S. President Joe Biden first took office, his administration has been sounding the alarm bells about China’s growing geopolitical clout and vowing to “outcompete” it on the world stage, including in Africa. Yet at an upcoming summit of African leaders in Washington this month, China hardly factors into the agenda, if at all, according to interviews with multiple administration officials and internal planning documents for the summit.

This is by design, according to administration officials, who are consciously trying to avoid painting African countries as pawns in a new Cold War with Beijing. “Our goal is not to center our conversation on competition or rivalry with these other countries; that’s not the best way to advance U.S. interests and our shared goals with Africans,” said one senior White House official, who spoke on condition of anonymity.

But that decision has also opened a debate within the government about how to handle Chinese, and to a lesser extent, Russian influence in Africa at Biden’s upcoming summit. “We don’t want to alienate our African partners, but not actually addressing China—the 800-pound gorilla in the room—on the agenda seems like a bad way to start,” said another U.S. official, who spoke on condition of anonymity to speak candidly about the planning of the summit.

The debate reflects the difficult diplomatic tightrope that the Biden administration must walk at the upcoming U.S.-Africa Leaders Summit: U.S. officials are focused on countering Chinese influence on the continent, but they want to do so without eclipsing their own messaging on U.S.-Africa cooperation and without sparking blowback from African leaders. In recent decades, China has drastically stepped up its investments in Africa, including through funding massive infrastructure projects and increasing political engagement, despite warnings from Washington that some of these projects amount to “debt-trap diplomacy.”

The summit, scheduled for Dec. 13 to 15, is being billed as one of Biden’s top foreign-policy priorities for his second year in office. Around 50 heads of state have been invited, and some 1,000 African officials in total are expected to come to Washington for the summit and surrounding events. The summit presents a rare opportunity for the U.S. president to meet multiple heads of state on his home turf and push back against long-standing complaints by African officials that their countries get the short shrift in U.S. foreign policy when compared to European allies, the Middle East, or China.

A draft agenda of the summit, obtained by Foreign Policy, shows a wide scope of topics—with panels on health security, climate change, agro-business, and boosting U.S.-Africa trade relations. China is not mentioned once in the 34-page draft agenda, and there are only two references to Russia, both in the context of food security and how Russia’s invasion of Ukraine disrupted global food supplies. The summit’s scope and agenda presents a stark shift from former U.S. President Donald Trump’s administration. In late 2018, Trump’s then-national security advisor, John Bolton, released a U.S.-Africa strategy that centered U.S. engagement on the continent around combating China’s influence and investments.

African leaders have long bristled at what they see as Western policymakers dragging them into geopolitical struggles with Beijing or Moscow or pressure to ditch what U.S. officials view as problematic or dangerous Chinese investments in their infrastructure. South African President Cyril Ramaphosa castigated the United States for pressuring other countries to stop partnering with Chinese telecommunications giant Huawei on 5G investments. “They are jealous that a Chinese company called Huawei has outstripped them. And because they have been outstripped, they must now punish that one company and use it as a pawn in the fight that they have with China,” Ramaphosa said at an industry conference in 2019.

More recently, some—though not all—African countries have been reluctant to back Western efforts to isolate Russia on the international stage after its invasion of Ukraine, which sparked the deadliest conflict in Europe since World War II and sent shockwaves through the global food supply chain. “We don’t believe in being enemies of somebody’s enemy,” Ugandan President Yoweri Museveni said during a visit by Russian Foreign Minister Sergey Lavrov to his country this year.

In recent years, China has greatly expanded its economic and diplomatic footprint in Africa while Russia, even as it grapples with a botched war in Ukraine, has formed new military partnerships with several African countries to blunt the influence of Western powers there. Chinese investment in African infrastructure projects topped $23 billion between 2007 and 2020, according to a report from the Center for Global Development think tank released this year—more than the next eight top development lenders combined, including the World Bank and U.S. and European development banks.

Biden’s National Security Strategy, released this year, prioritizes competing with China and Russia around the world with an urgent tone. “In the competition with [China], as in other arenas, it is clear that the next ten years will be the decisive decade,” it reads. “Across Europe, Asia, the Middle East, Africa, and Latin America, countries are clear-eyed about the nature of the challenges that [China] poses.”

The draft agenda for the summit reflects little of this, shirking hard security topics and instead emphasizing soft security issues like trade, health, democratic governance, and sustainable energy.

“This summit is about our relationship with Africans,” a spokesperson for the White House National Security Council said. “However, we will not avoid critical topics that impact the continent, such as Russia’s war of aggression in Ukraine and its effects on wheat and fertilizer exports to African countries.”

Human rights advocates have criticized the Biden administration for inviting autocratic leaders from the continent to the summit, including several leaders whose governments have been accused of carrying out war crimes or crimes against humanity. Critics charge that the decision to invite these leaders undercuts the administration’s own agenda on global human rights issues. Administration officials defended their decision, saying they want to make the event as inclusive as possible and won’t shy away from frank discussions on democracy and human rights over the course of the three-day summit.