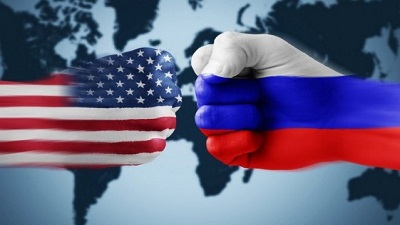 Russian troops launched an attack on Ukraine on Thursday that started with explosions before dawn in the capital Kyiv and other cities..

Russian troops launched an attack on Ukraine on Thursday that started with explosions before dawn in the capital Kyiv and other cities..

Ukraine’s foreign ministry said Russia’s intent was to destroy the state of Ukraine, a Westward-looking democracy intent on moving out of Moscow’s orbit. At least 57 people had been killed so far in what it called a “full-scale war” targeting the country from the east, north and south.

In a televised address as the attack began, Russian President Vladimir Putin warned other countries that any attempt to interfere would “lead to consequences you have never seen in history.”

Ukraine's leaders are now mobilizing some 36,000 reservists as it braces for a full invasion. Ukraine’s National Guard and border-control service are activating an additional 10,000 reserve members.

Why is Russia invading Ukraine?

Putin claims the objective of the attack is to defend the Russian-speakers in Ukraine, especially those in the two self-declared republics of Donetsk and Luhansk, which left Ukrainian control in 2014.

But Ukraine has denied Moscow’s claims that it is forcibly trying to take them back.

Putin said he views the prospect of Ukraine joining the Western military alliance a "hostile act." In December, Putin gave the U.S. and NATO a list of security demands, one of them was a guarantee that Ukraine will never enter NATO and that the alliance rolls back its military footprint in Eastern and Central Europe. These proposals were quickly rejected by the U.S. and allies.

In addition, Putin rejected Ukraine's right to exist outside of Russia, stating the countries' shared history and culture. In a speech, Putin recognized the "independence and sovereignty" of two eastern Ukraine provinces, Donetsk and Luhansk.

“We have every reason to say it’s Bolsheviks and Vladimir Lenin that created Ukraine,” Putin said in his essay, adding that “modern Ukraine was completely created by Russia.”

What does Vladimir Putin want out of the invasion?

Putin said he sees Ukraine's interest in joining NATO as a direct threat to Russia, but in the past has rejected Ukraine's right to exist.

He regards Ukraine and Russia as inseparable, “one people, a single whole." Ukraine was part of the Soviet Union before its collapse at the end of the Cold War in 1991.

Putin directly threatened pro-democracy activists and civil servants who had led the pro-democracy push in the country after the 2014 revolution ousting a pro-Russian government.

"We know their names and we will find them and bring them to justice,” he said.

In the past few weeks, Russian state media has spread allegations that residents were tormented by Ukraine’s aggression.

“You paid with your blood for these eight years of torment and anticipation,” anchor Olga Skabeyeva said during a popular political talk show Tuesday morning. “Russia will now be defending Donbas.”
Is this the start of World War III?

Ukraine's President Volodymyr Zelenskyy tweeted Thursday that "Russia treacherously attacked our state in the morning, as Nazi Germany did in 2#WW years. As of today, our countries are on different sides of world history."

Honcharuk said called Thursday's attacks a "critical moment" and claimed Putin only "recognizes power" and violence among the countries won't stop, The Independent reported. Honcharuk served as prime minister between 2019 and 2020.

“It could be the start of a third world war. We should realize it, because Putin will not stop," Honcharuk said.

On an appearance on BBC Radio 4’s Today, Honcharuk said, "Putin will destroy our country" and urged NATO and ally countries to aid Ukraine.

How could the invasion affect the US?

While the U.S. doesn't depend on Russia for major imports, central bankers said in a recent meeting that geopolitical risks “could cause increases in global energy prices or exacerbate global supply shortages."

Russia's invasion could also mean another delay to normalcy in the U.S. after over two years of shutdowns and COVID-19-related restrictions. Economic consequences have been felt in Wall Street as futures retreated by a wide daily margin of 2.5%, according to The Wall Street Journal.

Although the United States imports very little Russian oil, if changes in oil prices change in one part of the world, it will impact the prices in all other regions, The Wall Street Journal reported.

What does the invasion mean for the global economy?

Russia is a major producer of oil and natural gas, adding to concern and uncertainty across the world. It is also the world’s largest wheat exporter, and is a major food supplier to Europe.

Russia produces 10 million barrels of oil a day, roughly 10 percent of global demand, and is Europe’s largest supplier of natural gas, which is used to fuel power plants and provide heat to homes and businesses. While work stock markets have nose dived, oil prices surged to about $6 per barrel.

What is NATO doing?

NATO Secretary-General Jens Stoltenberg announced the military alliance would defend every inch of its territory should Russia attack a member country, of which Ukraine is not part of.

Stoltenberg added the 30-nation security alliance will continue to beef up its defenses on its eastern flank near Ukraine and Russia. Some of NATO’s 30 member countries are supplying arms, ammunition and other equipment to Ukraine, NATO as an organization isn’t as of Thursday.

Column:Vladimir Putin and Russia are threatening the world, not just Ukraine. Here's how NATO can respond.

A next step for NATO could be to trigger the NATO Response Force, which can gather up to 40,000 troops.
What is the history between Russia and Ukraine?

World War I resulted in the creation of two Ukrainian republics – one on either side of the former Russian-Austrian border. They unified in 1919 as an independent state: the Ukrainian People’s Republic.

Soon afterward, Ukraine's pro-independence forces fell to the Soviet Union and the Ukrainian Soviet Socialist Republic became the founding member of the USSR in 1922. However, in 1991, a referendum on Ukrainian independence was backed by a majority in every region of Ukraine, producing a more than 90% landslide. A week later, the Soviet Union ceased to exist.

Ukraine-Russia crisis:How do you pronounce Donetsk? And is it Kyiv or Kiev?

What are sanctions?:What you need to know about the crisis in Ukraine

In early 2014, mass protests in the capital Kyiv known as Euromaidan forced out a Russia-friendly president after he refused to sign an EU association agreement. Russia fomented a separatist rebellion in Ukraine's east and later seized control of part of the Donbas region. Although a cease-fire agreement was formed in2015, the front lines have not moved since. Nearly 14,000 people have died in the conflict, and there are 1.5 million people internally displaced in Ukraine.

In the eight years since, Moscow has allegedly engaged in warfare and cyberattacks against Ukraine, and in early February, the State Department claimed Putin was preparing a false-flag operation to create "a pretext for an invasion."