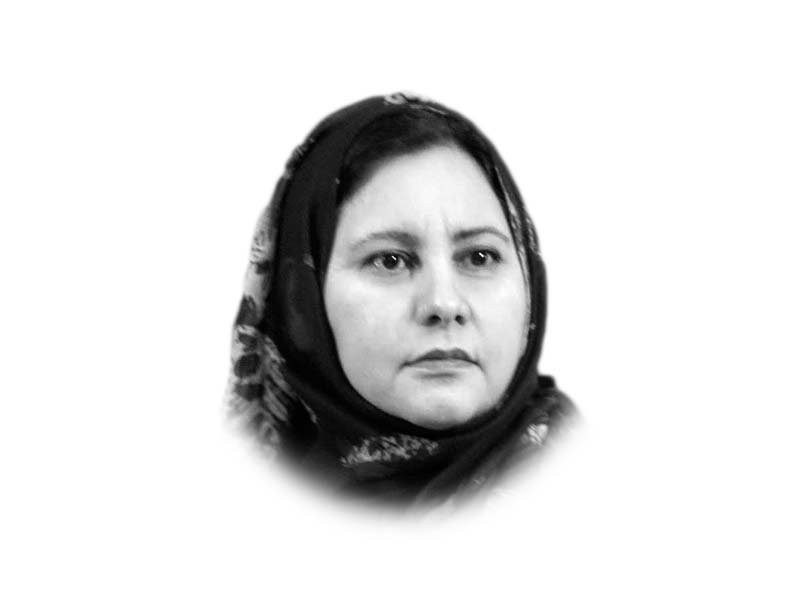 Time is moving fast in the global context. Global political scenarios are changing by the day and we are watching power shifting from one pocket to another as we go through the news every day.

Time is moving fast in the global context. Global political scenarios are changing by the day and we are watching power shifting from one pocket to another as we go through the news every day.

From an extra-terrestrial lens we would see the planet packed with an over-populous humanity — burdened with the weight of disease and poverty — relentlessly ransacking the earth to sooth the craving of consumerism, and heedlessly going through a drama, that of extinction of life, wealth and value, and the possible self-annihilation of the human race!

Awareness of this bigger picture makes us ask ourselves the subtle question of whether we have time for more power-struggle and for more wars meant to secure resources and riches — wars that are of no good to the larger humanity and that are only bringing their collective ruin closer. The question that after the long history of slavery, colonisation and occupational wars, when human populations around the world finally stood up to fight their own wars of freedom and self-sovereignties, their hopes for freedom, peace and progress were again engulfed by the avarice of superpowers in the Cold War. And the question that now when the sole superpower has been displaced from the Middle East, North Africa and Afghanistan, will we, as a humanity, become victims of yet newer power-games? Will Russia, China and some other emerging power do with us the same that the Western Allies have been doing to us all this time?

Russia, for one, seems more than determined to flip the dominos of power in its own favour all around the globe. In Africa, according to reports, Kremlin is seeing a near-future of building military bases in six countries, namely the Central African Republic (CAR), Egypt, Eritrea, Madagascar, Mozambique, and Sudan.

Russia already has close relations with CAR, and is planning to double its already present 535 Russian instructors in the country. Along with instructors and regular troops, Russia is also penetrating the continent with its mercenary group, the Wagner. Wagner has been deployed in CAR, Sudan, and Mozambique, and off course in Libya, where the group has fought alongside Khalifa Haftar.

On the face of it, Russia’s ingress in the curse-mineral continent seems to be a blessing that might break the neocolonial shackles Africans are bounded in. CAR lies in the middle of the belt of Francophone states, still dominated by French interests; and from North Africa down to Sudan lie the interests of the US and its allies, especially Israel, which seeks to penetrate the continent via states like Sudan and Chad, down to the Great Lakes region. After generations of serving the interests of the West, perhaps Africans would see the economic projects of China and the military input of Russia as a breath of fresh air.

Mali has been suffering ever since the fall of Libya and the return of the Tuareg fighters from Libya to Mali. Since then, French forces have been deputed in the country to fight these ‘Jihadist’, but instead of mitigating the issue, the crisis has spread to Burkina Faso and Niger, with reemergence of al-Qaeda and ISIS affiliates. So after CAR, Russia has made ties with Mali too, recently Russian FM Sergey Lavrov has indicated that Mali had “turned to a private military company from Russia”, above that Mali has received helicopters, weapons and ammunition from Russia just this week.

Recently Russia has signed military cooperation agreements with Nigeria and Ethiopia, Africa’s two most populous nations. In Ethiopia, Russia has provided support for PM Abiy Ahmed’s government, when Western governments were sanctioning the country on the Tigray issue. Nigeria and Russia have signed a military cooperation deal providing a legal framework for the supply of equipment and the training of troops, especially to counter Boko Haram. Most of these strategic and political developments have come in the aftermath of the 2019 Russia-Africa Summit in Sochi. In the summit, President Putin vowed that Russia was “not going to participate in a new ‘repartition’ of the continent’s wealth; rather, we are ready to engage in competition for cooperation with Africa.”

Russia is also seeking access in the Horn of Africa as contracts have been finalised for Russian naval bases in ports of Somaliland, Eritrea and Sudan. Already, Russia is the top weapons supplier to Africa, catering for 37.6% of the continent’s needs. Algeria is the biggest recipient of Russian arms in Africa, followed by Egypt, Sudan, and Angola. Russia is also in negotiations with 17 African countries including Ethiopia, Rwanda, Sudan and Zambia.

Algeria has had a spat with France too. When Macron stated that the ‘official history’ of Algeria had been ‘totally re-written’, based ‘on a discourse of hatred towards France’, Algeria recalled its ambassador from Paris, equating Macron’s words to inadmissible interference in its internal affairs. This will only create more space for Russia that has already sealed a $7 billion arms deal with the country a few months back.

Similar stories of Russian presence can be traced in other parts of the world. Putin has ushered a new era in Russian foreign policy — one that is multidirectional and pragmatic in terms of external strategy. He has not only upgraded national security and devised aggressive foreign and military policies, but also managed to maintain an internal consent for his continual presence in the seat of Russian power. As if he has come to revive Russia’s past glory of the imperial times, he has kept Russia’s ingress in all directions a continuous process.

Above all, Russia’s biggest strength has been its silent alliance with China — one is reaching out to all corners of the world with its economics and the other with strategic ties. Together both are making an invincible force with a ‘benevolent’ guise. The question is: what will come out from beneath this guise when this duo gains unchallengeable dominance in global affairs? What will be the next episode in the never-ending series of humanity’s suffering — after slavery, colonialism and neo-colonialism? Will there be a neo-Tzarism or a neo-Maoism that will incarcerate humanity in a new formula of hegemony? Or will humanity find a way out of it mundane, submissive aggregate to eventually stand up for the things that really matter to its welfare and survival?