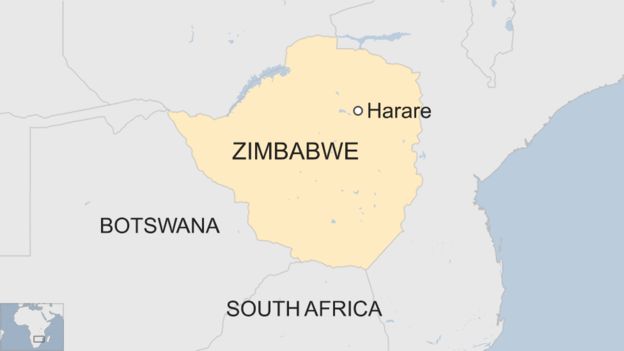 It was never going to end well for our Uncle Bob, was it? Like him, probably, I was napping when the coup took place. You wait your whole life, literally if you are my age, to see this era come to an end and what happens? The army gets to it while you nod off a little bit. Looks like we both missed the party on the streets of Zimbabwe.

It was never going to end well for our Uncle Bob, was it? Like him, probably, I was napping when the coup took place. You wait your whole life, literally if you are my age, to see this era come to an end and what happens? The army gets to it while you nod off a little bit. Looks like we both missed the party on the streets of Zimbabwe.

So having waited a lifetime to learn some lessons from the old man and his experience, and having wallowed in Zimbabwe articles for the past couple days, allow me to offer a listicle that I have distilled ... in-between gentle snoozes.

Lesson one: So you did something great. You're still just a human.

This is a good one, especially for those who are plagued by the one or two achievements of their lives. Also for all the apologists for decayed despots who run around being superbly annoying about it.

Robert Mugabe was a hero back in his hey-day. There's nowhere on the continent that you can go and mention his name without somebody telling you about his greatness. He was, in a nutshell, great. My favourite thing was paradoxically his command of the English language. Being able to intelligently and stylishly diss your most intimate enemy for decades in their own mother tongue? Especially when they couldn't possibly hope to return the favour? Boss.

But time happens to everybody. Mugabe did good things. Then he got comfortable with power. Then he forgot how to human. Then he did not-great things. Oh look: he's just a guy after all ... who knew? Actually, every single person who ever wrote a piece of literature about every single overstaying despot in every part of the world since the beginning of the written word, ever. Watching Uncle Bob slide into a cliche was a painful process, and a tediously obvious lesson in life: So you did something great once? Good for you. You're still human. Stick with the programme and attend your meetings just like the rest of us.

Lesson two: Be gentle. It's going to be okay.

This is an affirmation. Watching the Zimbabwean coup through the eyes of Western media was a bit of a revelation. Why do their media houses have so much hunger for violence, and a palpable frustration at the lack of it? Well, tough luck, world. Zimbabwe just gave you the peace sign. Deal with it.

In fact, Zimbabwe picked Mugabe up and put him aside so gently I am not entirely convinced that the old man even knows that it happened. Sure, there was a "letter" in parliament. What this means practically is that the old man gets to chill out the rest of his days in a protected environment because we still try to take care of our elderly and legacies are complicated things.

What it means philosophically is that we Africanist liberal republicans can now debate the merits of peaceful transitions even if done with 'force', the utility of legal tools, and the moralities of coup methodologies on the entire continent for a while to come with a somewhat concrete example to refer to. Take that, pro-autocracy people!

Lesson three: Don't marry a woman half your age.

This one I got told by a divorced dude. So, by now you are aware that Uncle Bob married a sweet little angel who was about zero years old when he was 40. Was it a meeting of kindred spirits, a melding of souls, a romance for the ages? Or something far more predictably pragmatic on her side? You tell me.

Grace Mugabe might have been the catalyst for Uncle Bob's fall, by all accounts. Her grab for power was just that little touch too much, and when she got him to totally break up with his long-time homie Emmanuel Mnangagwa, well - doesn't anyone read classical literature anymore? I have another take on this but you'd have to check out The East African sometime next week for that.

This one is also good for parties, eh. So: Uncle Bob is officially 93 years old this year, maybe. Once upon a time in a college in a land far far away, I attended a talk by a Zimbabwean photographer who specialised in Uncle Bob. He showed us how the old man could look like a haggard geriatric on the verge of meeting his Maker one week, and like a spry young sixty-something outdoorsman the next. He admitted nobody knew his secret. But there were rumours about regular visits to a place that rhymes with Singapore.

See, if he had retired nice and early he could have pulled a proper hat-trick: father the nation, rule the nation, retire and become the power behind the throne until you die and all your fellow citizens vow there will never be anyone like you ever again and build you an awesome mausoleum. Literally the only way to top this in terms of African leader hero-exits is a CIA assassination, and they seem a little bit distracted at the moment by the Middle East.

But there is a handful of men on this continent - you know who you are - who might do well to ponder the comrade's fate. You have children. Do not let your family name become a curse unto them when you are gone.

Lesson five: There is a thin line between love and hate.

This one is specifically and fondly targeted at the British media, which has been gloating that little bit too much. It's just not cricket, old chaps.

Everybody knows that the one thing Robert Mugabe truly wants in life is to be an English gentleman. I don't even pretend to understand what kind of kinky sado-masochistic love is not lost between Uncle Bob and the United Kingdom but it has always been intense. The disses that he could come up with for the English were brutal. In retaliation, the British media has been visibly seething for decades and quite keen on his demise. Uncle Bob, in true Uncle Bob style, has been superbly stubborn about not even toppling.

Until now. Queen Elizabeth is 91, Uncle Bob is officially 93 (but possibly immortal) so I'd give it another two years before we square the circle and dot the tees. But in the fine tradition of admiring sheer can-do, y'all should actually be raising a pint to Uncle Bob. He beat you soundly for a very long time and you hated him with great passion. There is nothing finer than a grand opponent in life, is there? Oh all right, carry on then.