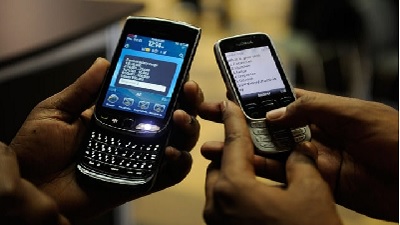 Kenyans unable to access bank loans are being harassed and ‘debt-shamed’ by unlicensed online lenders if they default.

Kenyans unable to access bank loans are being harassed and ‘debt-shamed’ by unlicensed online lenders if they default.

Festus Kiprotich scrolled through the terms and conditions of the loan he was about to take out. Struggling with expenses he was unable to meet, the 24-year-old had turned to several digital lending apps for about 20,000 shillings (£150) in credit. The repayment timelines on the loans were short, and he would have to pay back roughly 40% more than he had borrowed. But, feeling desperate, he clicked “agree”.

Two weeks later, when Kiprotich defaulted on his loans, he wished he had read the terms more closely. Agents from three of the four lending apps he had used began calling and texting him incessantly throughout the day, pressuring him to repay the loans.

“Their demands were unreasonable,” he says, adding that he was often given under an hour to comply, or be “outed” as a defaulter to all his contacts, whose details they could access once he installed the loan app.

“It was traumatising,” he says of the “debt-shaming”.

Kiprotich is one of a growing number of borrowers who have faced harassment and debt-shaming by unlicensed digital credit lenders. Philip Ogola, a mental health advocate, says the harassment has left some Kenyans – a number of whom have contacted him directly – severely distressed. Some of them have formed a private support group on Facebook called Loan App Victims Kenya, which has more than 3,000 members.

Digital lenders in Kenya still operate largely unchecked. In October last year, the authorities introduced new laws to regulate the industry, but by this September, only 10 out of 288 qualified for a licence from the Central Bank of Kenya after it required operators to submit their documents for consideration this year.

More than 80% of Kenya’s adult population uses “mobile money” providers, and digital loan services have become an increasingly important avenue for people to access credit, as many are unable to secure loans through traditional providers such as banks. Ken Gichinga, an economist, says unlicensed lenders exploit that fact and that many charge astronomical interest rates over short repayment periods, prompting a surge in complaints over predatory lending practices.

Digital lending apps require certain permissions upon installation, including access to users’ private information such as their contacts, text messages, location and calendar. They use that data to screen users’ behavioural data and assess their eligibility for loans, but rogue lenders exploit that information when borrowers default, with disastrous consequences.

For Immaculate Omondi, 30, who says she turned to the apps after an investment failed, that meant going to work one day to find that the apps’ agents had contacted some of her colleagues and friends, claiming that she had listed them as guarantors and they would be blacklisted by the Central Bank of Kenya if they did not pay off her loans. She also says they sent fake notifications of lawsuits they had purportedly filed against her.

She later complained about the breach of her private information to the Office of the Data Protection Commissioner (ODPC). More than half of the complaints that the office is handling concern the operations of digital credit apps, prompting it to open investigations into about 40 lending companies last week.

Mugambi Laibuta, a data-privacy lawyer, says Kenya’s data protection laws protect users from unnecessary disclosures of their private information. Under the regulations, any data gathered should have a legitimate purpose, such as credit scoring, and lending apps should let borrowers know, in simple and clear language, what data will be collected and how it would be used.

However, Laibuta says that despite robust legal protections, the unethical practices are likely to persist unless the underlying problem of access to credit is addressed.

“As much as people are upset about their right to privacy, they go back [to rogue lenders] because they are desperate for accessible credit facilities,” he says.

“They look the other way when all this abuse, intimidation and bullying is going on through their platforms, and even earn money off these transactions,” says Kiprotich.

Experts agree, saying that telecom companies need to act. “It’s high time that they block the lenders from their networks,” says Gichinga. “They would not be able to survive without the digital infrastructure.”

Apps cited by users for predatory lending practices are also hosted on Google Play, despite having policies that bar loan apps with repayment periods of less than 60 days, as well as those that expose users to “deceptive” or “harmful” financial services.

As incidents of data and financial exploitation become more pervasive, and the demand for digital loans continues to grow, users like Kiprotich say increased protection for borrowers is even more crucial.

Google’s communications and public affairs manager in Kenya, Sharon Machira, said: “We can’t comment on individual apps, but when we’re notified of an app that may break our Google Play policies or local law, we review it and take action if necessary, which may include blocking the app.”