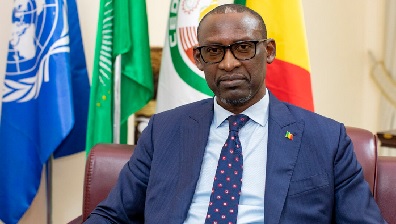 The letter said there were more than 50 “deliberate violations of Malian airspace” by foreign aircraft, “particularly operated by French forces,” and listed several incidents of alleged violations.

“The government of Mali has several pieces of evidence that these flagrant violations of Malian airspace were used by France to collect intelligence for the benefit of terrorist groups operating in the Sahel and to drop arms and ammunitions to them,” the letter reads.

The French embassy in Mali denied the accusations in a series of tweets Wednesday, saying that France “intervened in Mali between 2013 and 2022 to fight against terrorist groups, at the request of Malian authorities” and has never “supported, directly or indirectly, these terrorist groups.

The French first intervened in Mali in 2013 after northern Mali was taken over by Islamist militants in 2012. French forces initially received a warm welcome in the country, but public opinion has turned against them in recent years, with massive protests around the country calling for their departure.

French President Emmanuel Macron announced the withdrawal of French forces from Mali in February, which he said would take four to six months to complete, after increasing tensions between France and Mali’s military government and concerns that Mali is working with Russian mercenaries from the Wagner Group, a Russian private military company with links to the Kremlin.

The French Ministry of the Armed Forces announced in a press release on Monday that all French forces had left the country.

Mali received several military aircraft from Russia this month in a ceremony at Bamako’s airport, the most recent of multiple shipments of equipment and weapons from Mali’s new ally in the ongoing fight against Islamists.