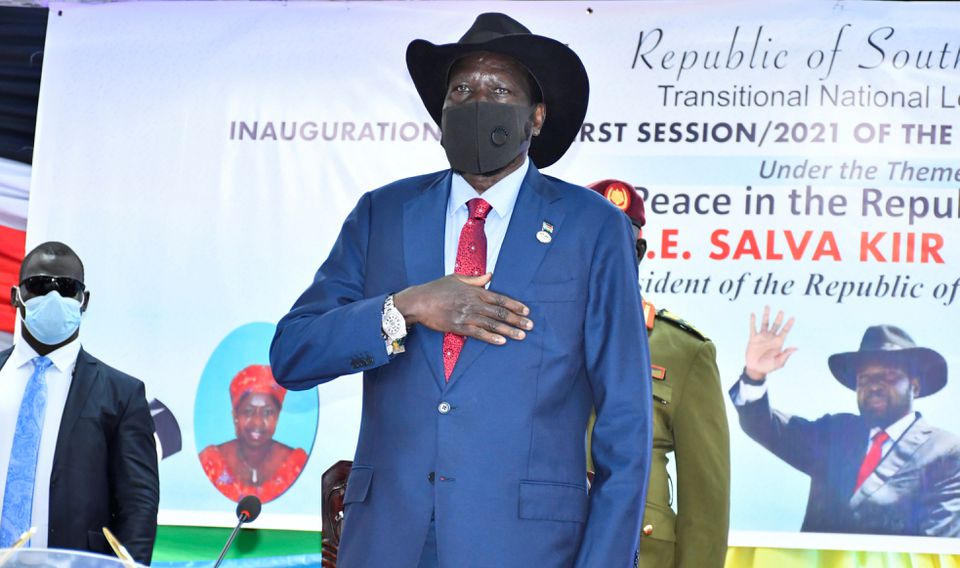 Planned protests against South Sudan’s government failed to materialize Monday amid a heavy deployment of security forces in the capital, Juba, and a nationwide disruption of internet service.

Planned protests against South Sudan’s government failed to materialize Monday amid a heavy deployment of security forces in the capital, Juba, and a nationwide disruption of internet service.

A coalition of activist groups had called for public demonstrations to coincide with President Sala Kiir’s address to lawmakers at the opening session of Parliament Monday. However, there were no major gatherings on the streets of Juba.

Speaking to VOA, Wani Michael, a member of the People’s Coalition for Civil Action, said the protest fizzled because people were “scared off” by the large police presence throughout the city.

“How do you arm yourself like that just to suppress your own citizens who are expressing their disappointment with how things are going on in the country? This is not going to stop today because today is an awakening day. It is going to be a process,” Michael told VOA’s South Sudan in Focus.

Police said the activists had not sought permission to protest, and therefore any large demonstration would be illegal.

“We deployed the forces at least to keep order in case of any problem. Those forces are in the streets for your safety," police spokesperson Daniel Justin Boulogne said.

Residents in Juba told Reuters that as of Sunday evening, mobile data was unavailable on the network of South African mobile operator MTN Group, and by Monday morning, it was also halted on the network of Kuwait-based operator Zain Group.

“It is not shut down by the government but has technical problems that need to be addressed. If that fault is addressed, it will come back,” Makuei told South Sudan in Focus.

Asked why the internet was disrupted on the same day protests were planned, Makuei said, “This is a stupid question. Why do cars go off on the road? Why do TVs go off at certain times? Why are all these things happening? They happen because they ought to happen at that particular moment, not because anything is being done by anybody.”

Activist Jame David Kolok, whose Foundation for Democracy and Accountable Governance is one of the groups that called for the demonstration, told Reuters that the internet shutdown was a sign "the authorities are panicking."

The activists accuse Kiir's government of corruption and failing to protect the population or provide basic services.

The government has repeatedly denied allegations from rights and advocacy groups of abuses and corruption.