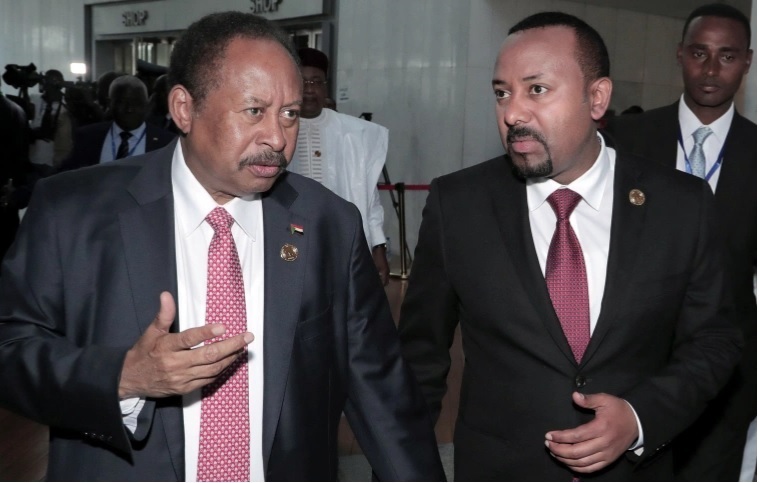 Sudan has recalled its ambassador to neighbouring Ethiopia, frustrated by the stance of Ethiopian officials whom it said were refusing Khartoum’s offer to mediate in the ongoing conflict in Tigray.

Sudan has recalled its ambassador to neighbouring Ethiopia, frustrated by the stance of Ethiopian officials whom it said were refusing Khartoum’s offer to mediate in the ongoing conflict in Tigray.

“Ethiopia will improve its position if it considered what Sudan could do … instead of completely rejecting all of its efforts,” a statement from the foreign ministry read on Sunday.

Sudan’s Prime Minister Abdalla Hamdok spoke with US Secretary of State Antony Blinken on Wednesday about the conflict in the northern Ethiopian region of Tigray.

Hamdok’s offer came within the framework of his presidency of IGAD, a grouping that includes Kenya, Ethiopia, Uganda, Djibouti, Sudan, Uganda and Somalia, the statement said.

Khartoum’s move was the latest sign of deteriorating ties between the two neighbours. The tensions began after Sudan deployed troops to its border with Ethiopia late last year.

The decades-long border dispute between Sudan and Ethiopia centres on large swaths of agricultural land Sudan says are within its borders in the al-Fashaqa area, according to an agreement that demarcated the borders between the two nations in the early 1900s.

The two nations have held rounds of talks, most recently in Khartoum in December, to settle the dispute, but have not made progress.

The dispute has escalated in recent months after Sudan deployed troops to al-Fashaqa. Sudan said it reclaimed most of its territory and called on Ethiopia to withdraw troops from at least two points it says are inside Sudan.

Ethiopian officials, however, accused Sudan of taking advantage of the Tigray conflict region to enter Ethiopian territory. It has called for Sudanese troops to return to their positions before the Tigray fighting erupted in November.

The border tensions come at a time when Ethiopia, Sudan and Egypt are also trying to resolve a three-way dispute over Ethiopia’s Grand Ethiopian Renaissance Dam.

Billene Seyoum, a spokeswoman for Ethiopian Prime Minister Abiy Ahmed, said on Thursday that ties with Sudan have been “a little bit tricky” and accused Khartoum of occupying Ethiopian territory – a reference to al-Fashaqa.

She said Sudan was not a “credible party” to facilitate negotiations between Abiy’s government and Tigray leaders.

The conflict erupted in Tigray in November after a falling out between Abiy and the Tigray governing party that had dominated Ethiopia’s government for nearly 30 years. The growing war has threatened to destabilise the entire Horn of Africa.

There was no immediate comment from Ethiopia on Sunday.

In February, Sudan ordered Ambassador Gamal al-Sheikh home from Ethiopia after it accused Ethiopian troops of crossing into Sudan and warned of “grave repercussions” on the region’s security and stability. Al-Sheikh returned to Addis Ababa weeks later.

The Tigray war has killed thousands of people and pushed the area to the brink of famine. More than 60,000 people have also fled Tigray and taken refuge in Sudan.