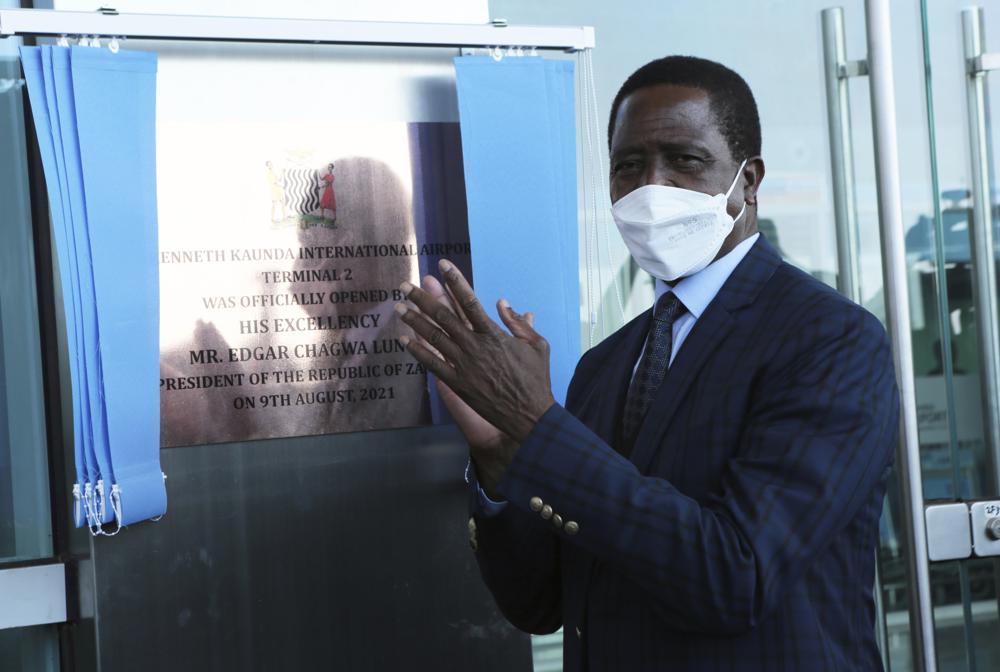 Zambia’s president Monday opened a sprawling new Chinese-funded and built terminal at the main airport in the capital, Lusaka, days before crucial polls, warning that election-related violence could shatter the stability of one of Africa’s most peaceful nations.

Zambia’s president Monday opened a sprawling new Chinese-funded and built terminal at the main airport in the capital, Lusaka, days before crucial polls, warning that election-related violence could shatter the stability of one of Africa’s most peaceful nations.

The terminal at the Kenneth Kaunda International Airport will double the airport’s capacity to handle 4 million passengers a year, said Lungu. He touted it as a centerpiece of his “modernization” agenda that he predicted will win him votes in the upcoming elections.

The southern African country will hold general elections on Thursday, although most attention is on a presidential race likely to be hard-fought between the 64-year old Lungu and his main rival, Hakainde Hichilema, 59.

On Monday, Lungu told dozens of supporters wearing his Patriotic Front party’s green and white colors who gathered for the official launch of the airport terminal that violence seen in the campaign period must stop.

“What we have seen happen in the last few days of killing people, hacking them like animals cannot be allowed to continue. Everything we have and cherish as Zambia can fall into pieces. The politically motivated murders we have seen recently must be condemned,” he said.

The tensions are highlighted by reports of violence attributed mainly to the country’s two major parties, Lungu’s ruling PF and Hichilema’s United Party for National Development. Two people from Lungu’s party were killed by machete-wielding opposition supporters last week, according to the police.

This has raised fears that the violence, alleged human rights abuses and potential post-election problems could undo Zambia’s proud history of stability, of holding regular, relatively credible elections and transfers of power. Such a culture was established after the re-introduction of multi-party democracy in 1991 by founding president, the late Kenneth Kaunda, who had presided over a one-party system for more than two decades.

Lungu last week deployed the military to curb the violence, although the opposition alleges the move is aimed at intimidating its supporters.

Lungu’s critics say that the deployment of troops is intimidation. The deployment could also be meant “to enable the government to contain post-election unrest” amid concern that disputed results could plunge the country into chaos, Nic Cheeseman, professor of democracy at the University of Birmingham, told The Associated Press.

Lungu came to power in 2015 after winning a disputed snap election to finish the term of populist president, Michael Sata, who died in office. Lungu won elections for a full five-year term the following year, although the opposition again lost narrowly and claimed fraud. Lungu has rejected the allegations.

On Monday Lungu said reports of violence could rattle tourists and investors in Africa’s second-biggest producer of copper.

“The peace we enjoy in Zambia has been commended as a key strength of our economic competitiveness. But we must not take that peace for granted. Everything can fall into pieces if we let our narrow ambitions ride roughshod over national interests,” he said to cheers from his supporters who sang songs praising him and denigrating Hichilema.