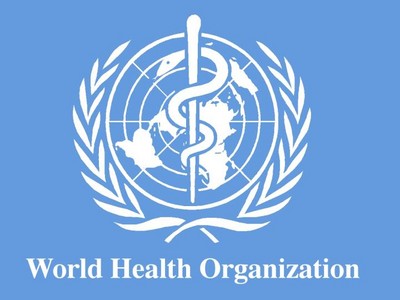 The World Health Organization is urging African countries to ramp up preparations for COVID-19 vaccination rollouts in anticipation of the imminent arrival of millions of vaccine doses on the continent. WHO reports more than 6.2 million people have been infected with COVID-19 and more than 159,000 have died.

The World Health Organization is urging African countries to ramp up preparations for COVID-19 vaccination rollouts in anticipation of the imminent arrival of millions of vaccine doses on the continent. WHO reports more than 6.2 million people have been infected with COVID-19 and more than 159,000 have died.

New cases of COVID-19 in Africa have fallen slightly following eight weeks of a fast-moving surge. The decline is attributed to a sharp drop in cases in South Africa. However, the World Health Organization reports the situation could change quickly as violent protests and mass gatherings in the country could trigger another rise in cases.

WHO regional director for Africa Matshidiso Moeti says Africa’s third wave is not over. She notes 21 countries, three more than last week, are experiencing a resurgence. She says the highly contagious delta variant has now been detected in 26 countries and 13 of them need more oxygen due to a surge in cases.

She says Africa continues to lag in COVID-19 vaccines, with just 20 million Africans or 1.5 percent of the continent’s population fully vaccinated. But she says Africa’s supply crunch is starting to ease.

She says the first delivery of doses donated by the United States through the COVAX Facility is arriving in Africa this week and altogether nearly 60 million doses from other sources are expected in the coming weeks.

"African countries must go all out and speed up their vaccine rollouts by five to six times if they are to get all these doses into arms and fully vaccinate the most vulnerable 10 percent of their people by the end of September," Moeti said. "Around 3.5 to four million doses are administered each week on the continent, but this needs to rise to 21 million doses each week at the very least to meet this goal.” Moeti says more than half a billion doses are expected through COVAX alone this year. This massive influx, she says, means countries must up their game.

"We need to address the issue of vaccine hesitancy," Moeti said. "So, this communication—targeting people, targeting the messages that we are tracking and the misinformation or the fears and misconceptions is absolutely vital now because the time to mobilize people to be ready to be vaccinated is not when the vaccines are landing. It is now in this narrow period of a window that we have to do all of this.”