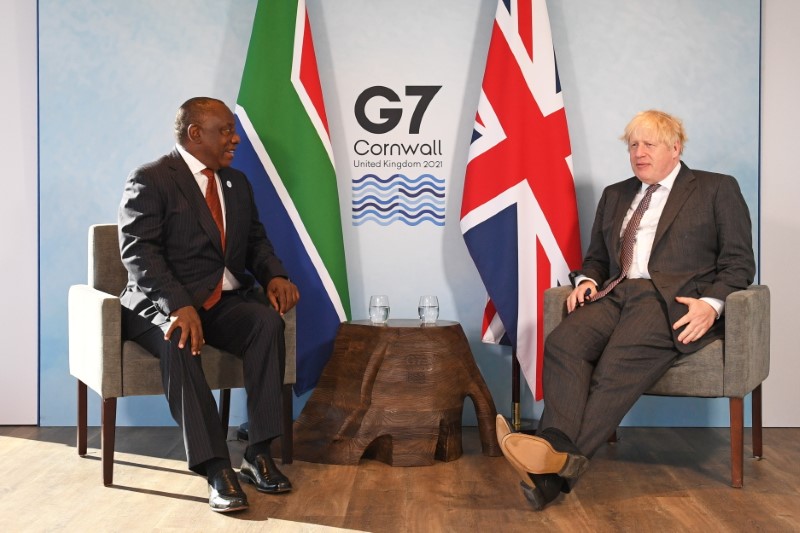 Ramaphosa, who has joined a summit of the club of rich democracies in England and addressed them on Saturday, said the G7 countries, which together account for more than half of global output, should support the Access to COVID-19 Tools Accelerator to plug the $16.8 billion funding gap for this year.

"We need to address the substantial financing gap for tests, treatments, critical supplies like oxygen and the health systems that enable testing, treatment and vaccination," Ramaphosa said in the presidency statement.

The World Health Organization’s ACT Accelerator programme for global COVID-19 treatments aims to fast-track production and ensure equitable access to tests, treatments, and vaccines in the fight against COVID-19.

Ramaphosa also urged G7 members to support the TRIPS waiver on patents for COVID-19 vaccines and engage in negotiations that could help boost vaccine production.

Around 90% of African countries will miss a September target to vaccinate at least 10% of their populations against the virus as a third wave of the pandemic looms on the continent, the WHO has said. read more

"If the world is to emerge from this grave crisis, it is essential that we work together to mobilise and direct resources to those countries in the greatest need – and that we do so now," said Ramaphosa.