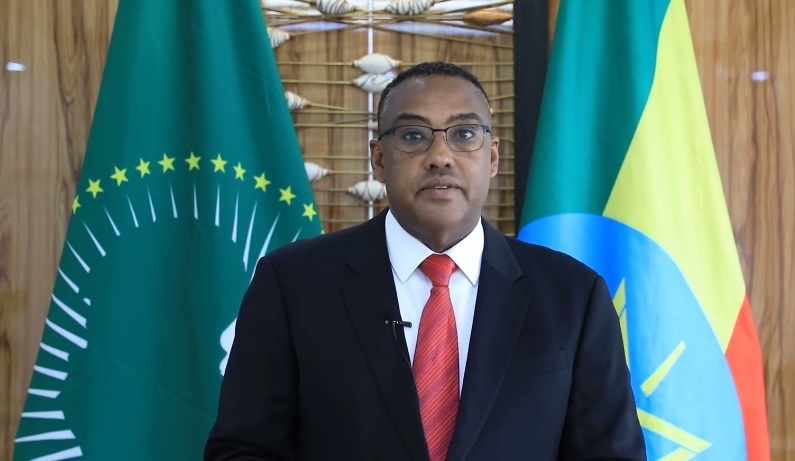 Foreign minister rejects charges starvation being used as a weapon.

Foreign minister rejects charges starvation being used as a weapon.

As G7 leaders prepared to rebuke the Ethiopian government over its handling of a military conflict in the Tigray region, the country’s foreign minister on Saturday landed a preemptive blow.

The minister, Demeke Mekonnen, accused the group of rich countries of “a condescending approach” and demanded they “desist from these unhelpful activities.”

G7 sherpas on Saturday were negotiating a final communiqué with draft language saying leaders were “concerned by the ongoing conflict,” urging a “cessation of hostilities” and calling for a “comprehensive and credible political process,” according to one official familiar with the discussions, who cautioned that the statement was not finished.

The statement of concern by the world’s wealthiest and most powerful democracies comes shortly after the United Nations’ top humanitarian official Mark Lowcock told Reuters that “food is definitely being used as a weapon of war” in Tigray, where the Ethiopian military and its allies are fighting the Tigray People’s Liberation Front (TPLF).

Having already rejected Lowcock’s allegations, the government of Ethiopian Prime Minister Abiy Ahmed didn’t wait for the final version of the G7 statement, which will be published Sunday.

In a video statement, Deputy Prime Minister and Foreign Minister Demeke accused unspecified members of the “international community” of undertaking “a campaign” against Ethiopia.”

A report this month from the UN-backed Integrated Food Security Phase Classification (IPC) warned 5.5 million people in the region are “facing high acute food insecurity,” of which 353,000 are at the highest “catastrophic” level of risk. The U.N. Security Council is expected to discuss the crisis on Tuesday.

Ethiopia also came under fire at a meeting between senior U.S. and EU aid officials this week. “The Government of Ethiopia’s military allies have burned and looted seeds and farm equipment and slaughtered oxen to ensure the fields lay fallow,” Samantha Power, Administrator of the United States Agency for International Development said Thursday.

Demeke said accusations his government using hunger as a weapon of war were “an egregious falsehood.”

“Ethiopia stands ready to work positively and constructively with all its partners to scale up humanitarian assistance, rebuild social cohesion and restore basic services in the Tigray region of Ethiopia,” Demeke said. “What the country needs at this critical moment is the support of friends and partners.”