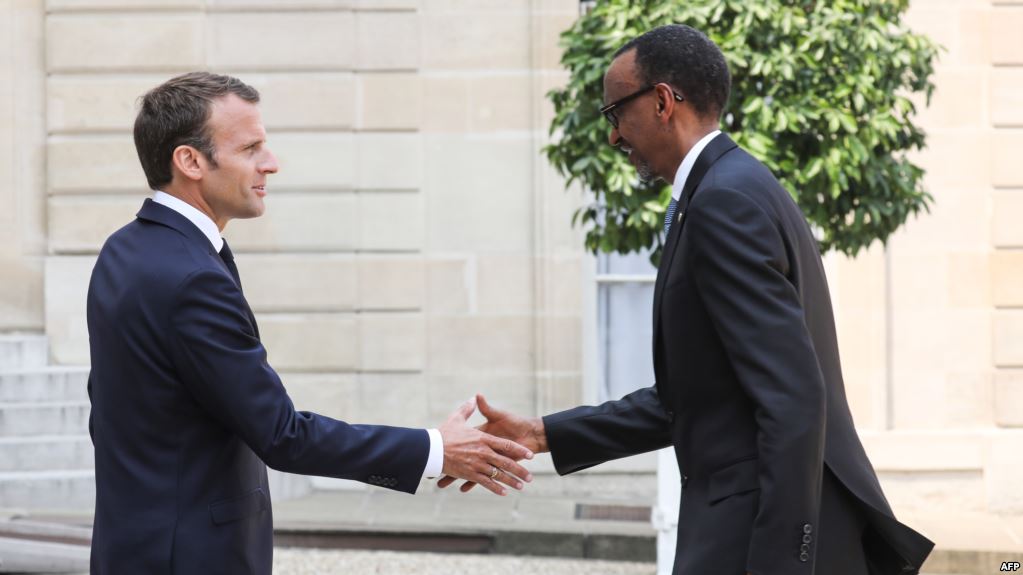 French and Rwandan leaders vowed to work together on key African security issues Wednesday, as they sought to move forward after bitter differences over Rwanda's 1994 genocide.

French and Rwandan leaders vowed to work together on key African security issues Wednesday, as they sought to move forward after bitter differences over Rwanda's 1994 genocide.

Standing alongside his Rwandan counterpart, Paul Kagame, French President Emmanuel Macron said the two leaders had agreed to work "pragmatically" on issues of mutual concern, especially on African hot spots like the Sahel, Democratic Republic of the Congo and the Central African Republic.

Referring to years of tension over the Rwandan genocide, Macron said it was not a question of underestimating the past, but rather assuming it and trying to overcome it.

He spoke at a joint news conference following talks between the two presidents, who also met with tech executives.The two leaders will attend a Paris tech forum Thursday that showcases African startups, among other talent.

Kagame, who was re-elected to a third term last year and is the current African Union president, said France has made a positive contribution in Africa.

"Your views have coincided with my views and the views of many in Africa that there is more need to work together in true partnership, as well as trying to encourage and empower Africans to play a very significant role in their affairs," Kagame said to Macron.

Rwanda released a report last year accusing France of complicity in the genocide that killed 800,000 people, mostly Tutsis and moderate Hutus. France has previously admitted making mistakes but never apologized for its role.

Macron said he would not appoint a French ambassador to Rwanda for now, calling it too early. But he said France was working to declassify key archives of the genocide, and that French and Rwandan researchers would work together in documenting a collective memory of the killings.

Macron also threw his support behind the candidacy of Rwanda's foreign minister, Louise Mushikiwabo, as the next head of the Paris-based International Francophonie Organization. While Kagame speaks English, Macron says about half of Rwandan citizens can speak French.