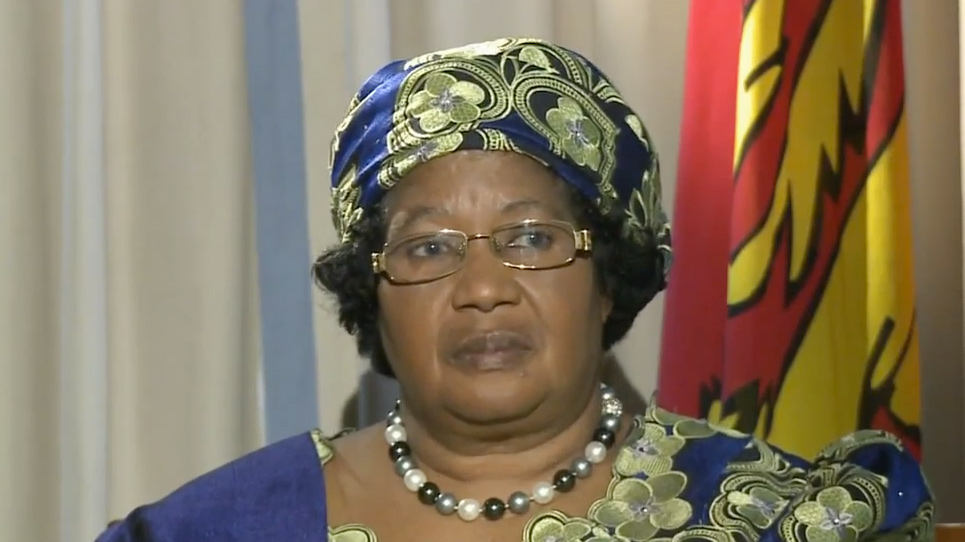 Business came to a standstill in Malawi's commercial capital Friday, with the city's main road almost deserted and many shops and businesses temporarily closed, as hundreds of people marched against corruption and bad governance.

Business came to a standstill in Malawi's commercial capital Friday, with the city's main road almost deserted and many shops and businesses temporarily closed, as hundreds of people marched against corruption and bad governance.

The demonstrations, drawing thousands of people nationwide, were held one day before former president Joyce Banda returns home after spending the past four years in the U.S. Investigations into corruption during her administration are ongoing.

The march in Blantyre was peaceful, despite fears of a repeat of the 2011 anti-government demonstration in which 20 protesters were shot dead.

"I should commend our colleagues, our citizens, that we have really demonstrated peacefully and we believe nobody has been injured or [their rights] violated," said Masauko Thawe, coordinator for the Blantyre demonstrations.

In a petition entitled "Time to Reclaim Our Destiny," organizers demanded that President Peter Mutharika reverse his appointment of Rodney Jose as the acting inspector general of police. Jose was implicated in the murder of university student Robert Chasowa in 2011.

Charles Mphembo of Blantyre District Council received the petition on behalf of the president.

"I want to assure you, those who have brought it, that it is, indeed, received and it will reach the authorities at the right time today," Mphembo said.

The demonstrations coincided with the planned return of Malawi's former president, Joyce Banda, on Saturday.

Banda left the country in 2014 amid a $32 million corruption scandal known as Cashgate, in which several convicted suspects named Banda as a mastermind.

Last year, police issued an arrest warrant to question Banda on the allegations. Speaking to VOA Friday, police spokesperson James Kadadzera would not say whether police will try to take Banda into custody.

Banda's spokesperson, Andekuche Chanthuya, told VOA that the warrant for arrest does not scare Banda.

"Dr. Joyce Banda is not afraid or intimidated by their announcement that their warrant of arrest is still valid because all Cashgate cases were investigated and prosecuted by the Anti-Corruption Bureau," Chanthuya said. "Now, the head of the Anti-Corruption Bureau has made it clear that JB [Joyce Banda] is not linked to any Cashagate, whether as a beneficiary or as a masterminder."

He says Banda has been abroad to conduct personal business, give speeches and run her foundation.

Chanthunya said Banda will hold a political rally for her People's Party in her home district, Zomba.