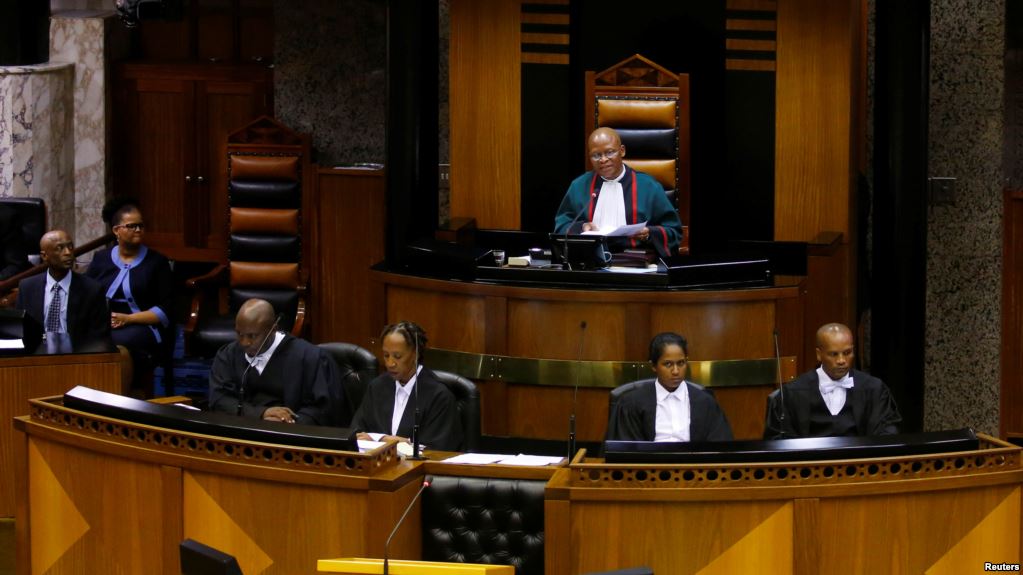 South Africa's parliament voted Tuesday to examine how to amend the constitution to allow land seizures without compensation, a move that resonates deeply in a nation where the white minority still controls much of the farmland.

South Africa's parliament voted Tuesday to examine how to amend the constitution to allow land seizures without compensation, a move that resonates deeply in a nation where the white minority still controls much of the farmland.

But the strongest proponent of the motion immediately sought to reassure the nation that nothing too drastic would come of it.

There are fears the vote will put South Africa on the same path as neighboring Zimbabwe, where forceful, violent seizures of white-owned farms in the early 2000s were blamed for the nation's economic freefall and political instability.

The loudest group in support of land seizures, the Black First Land First Movement, has denounced the motion as nothing but an "electioneering gimmick" by the ANC.

"Black First Land First is concerned that the Economic Freedom Fighters and the African National Congress are not serious about land expropriation without compensation," the group said in a statement.

But as Malema knows, South Africa's soil is stained by hundreds of years of colonial exploitation, by the blood and sweat shed by underpaid, mostly black laborers working for white bosses. Today, black South Africans, who are the majority of the population, remain on average significantly poorer than white South Africans.

With a critical national election looming, Malema used this emotional pull to full effect when arguing in favor of the motion in parliament:

"The time for reconciliation is over," he said. "Now is the time for justice. If the grandchildren of [early Dutch settler] Jan van Riebeeck have not understood that we need our land, that over and above it is about our humanity, then they have failed to receive the gift of humanity."

The opposition Democratic Alliance voted against the measure, and blames the slow pace of land redistribution on the ANC, which has ruled since the end of apartheid in 1994, but now faces a tough election next year as it has slowly lost ground to the opposition.

"The ANC government does not have a land problem, we have a problem with the way the ANC are handling land," he said. "People were dispossessed of their land and their dignity by the discriminatory laws of the past, the painful past that can never be forgotten. The ANC's call for expropriation without compensation is a lazy attempt to divert attention away from the real reasons that lie at the heart of the slow pace of meaningful land reform and restitution."

While this debate has no shortage of fiery rhetoric, what it lacks, says analyst Ebrahim Fakir, is any concrete details.

Because of a general lack of facts and an abundance of rhetoric, Fakir was one of several analysts who told VOA that recent developments have left them confused.

"At present, all bets are off," he said. "No one knows how and what this could mean. Theoretically, it could even mean that it does actually end up denying a regime of protection of private property."

No reliable figures on land ownership in South Africa exist, although a recent government study found that only a third of the nation's land is privately owned.

Furthermore, it's unclear how the constitution would be changed, if at all. Tuesday's vote mobilized parliament's Constitutional Review Committee to deliver a report on the topic by August 30. Any changes to the constitution require a 75 percent vote.