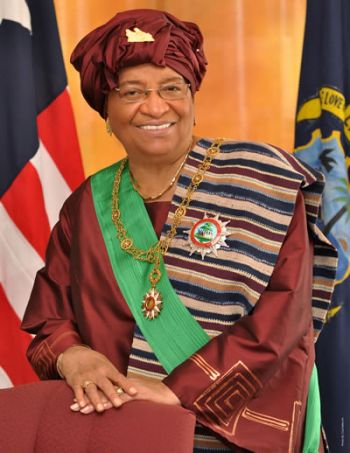 A coveted $5m prize for leadership in Africa has been won by the former Liberian president Ellen Johnson Sirleaf.

A coveted $5m prize for leadership in Africa has been won by the former Liberian president Ellen Johnson Sirleaf.

The continent’s first ever female head of state becomes only the fifth winner of the annual Ibrahim pPrize for achievement in African leadership since its launch in 2006, as it is only given out when there is deemed to be a worthy candidate.

Named for its creator, the British-Sudanese BT engineer turned telecommunications billionaire Mo Ibrahim, the prize carries an award of $5m paid out over 10 years and then $200,000 each year for the rest of the winner’s life.

To qualify, African heads of state have to have left office during the last three calendar years, having been democratically elected and served their constitutionally mandated term.

Sirleaf left office last month, handing over to George Weah, the former Chelsea and Milan footballer turned politician after a drawn-out election period marred by delays and allegations of fraud.

Salim Ahmed Salim, the head of the prize committee, said: “Sirleaf took the helm of Liberia when it was completely destroyed by civil war and led a process of reconciliation that focussed on building a nation and its democratic institutions.

Throughout her two terms in office, she worked tirelessly on behalf of the people of Liberia. Such a journey cannot be without some shortcomings and, today, Liberia continues to face many challenges. Nevertheless, during her twelve years in office, Ellen Johnson Sirleaf laid the foundations on which Liberia can now build.”

Announcing that there was no winner of the 2017 prize, Salim said in February last year: “A very high bar was deliberately set when the prize was launched in 2006 ... the prize is intended to highlight and celebrate truly exceptional leadership, which is uncommon by its very definition.”