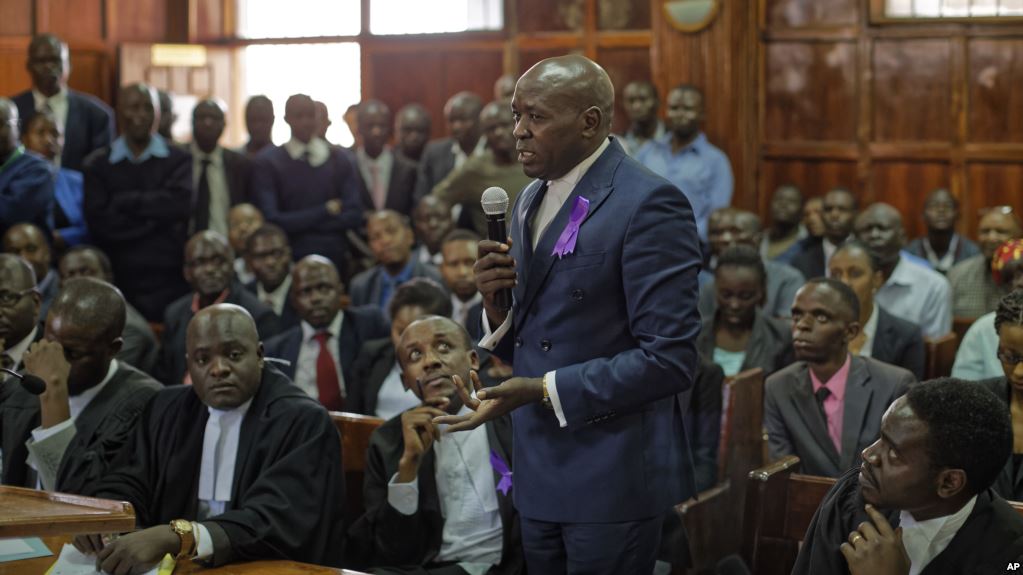 A member of Kenya's political opposition has been deported to Canada for taking part in last week's mock presidential swearing-in ceremony for Raila Odinga.

Miguna Miguna, one of the lawyers for opposition politician, speaks to the judge at the High Court in downtown Nairobi, Kenya, February 7, 2017. (AP)

A member of Kenya's political opposition has been deported to Canada for taking part in last week's mock presidential swearing-in ceremony for Raila Odinga.

Kenyan authorities forced Miguna Miguna onto a late-night KLM Royal Dutch Airlines flight traveling from Nairobi to Toronto, with a stop in Amsterdam.

The move was in defiance of a Kenyan High Court order that Miguna be presented before a judge in Nairobi on Wednesday.

Miguna, a lawyer, was arrested last Friday and charged with treason, three days after playing a prominent role in the so-called inauguration for opposition leader Odinga.

Kenya's interior ministry said in a Twitter message that Miguna had renounced his Kenyan citizenship years ago and became a Canadian citizen.

His arrest sparked street protests Tuesday in the western city of Kisumu. One person was killed by a stray bullet when police fired into the air to disperse the crowd.

The Supreme Court ruled that election invalid on procedural grounds, but Odinga boycotted a rerun in October, saying the electoral commission could not conduct a fair election. Kenyatta won that second election with 98 percent of the votes.

Rights activists have expressed concern over the Kenyan government's actions surrounding the January 30 Odinga ceremony. Three television stations were shut down as they began to cover the event and officials ignored court orders last Thursday to allow them back on the air.

Two of the stations resumed broadcasting Monday, while the third remains shut down.