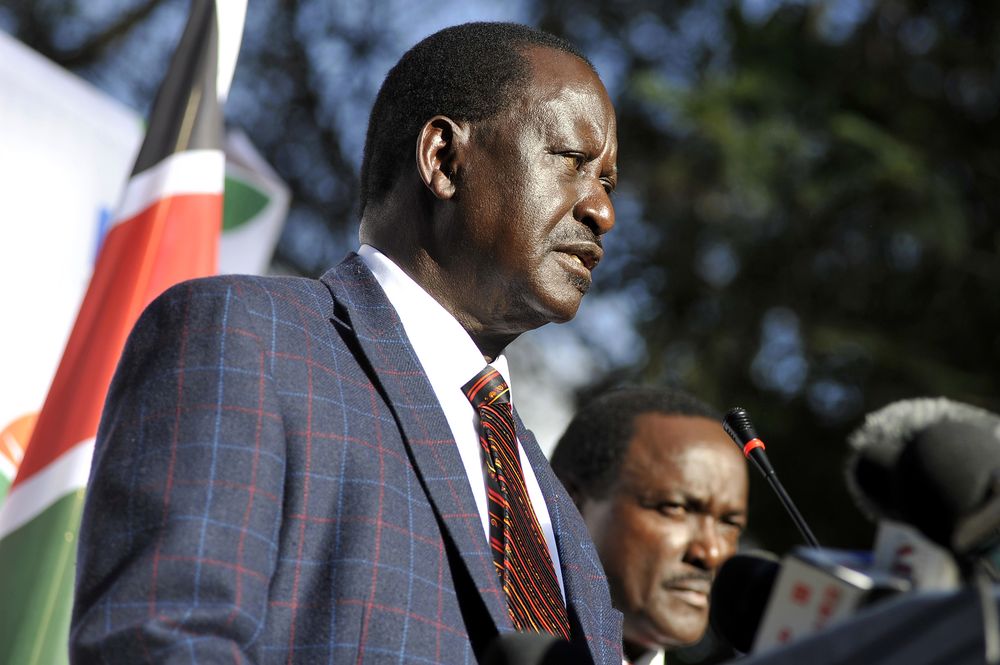 Kenya’s opposition rallied outside building of the country’s electoral board Tuesday to demand new officials organize the re-run of the presidential poll, scheduled for October 26. The opposition says it will boycott the poll if the personnel changes do not occur, while the ruling party rejects these threats.

Kenya’s opposition rallied outside building of the country’s electoral board Tuesday to demand new officials organize the re-run of the presidential poll, scheduled for October 26. The opposition says it will boycott the poll if the personnel changes do not occur, while the ruling party rejects these threats.

The sounds of police firing tear gas and protesters in retreat filled the air outside Kenya’s electoral commission offices Tuesday, as demonstrators attempted in several waves to get close to the building, before police dispersed them.

Opposition leader Raila Odinga has called for regular protests in order to pressure the electoral commission, or IEBC, officials to resign, including CEO Erza Chiloba. Chiloba has refused.

“IEBC cannot begin the process of ensuring an honest election, as long as those responsible for the irregularities and illegalities are still lurking in its corridors ... that is why we are today beginning this peaceful campaign to force them out by public pressure so that the process of a fair elections can at last begin,” Odinga said.

The Supreme Court recently gave its full explanation for why it nullified the results of the August elections. Although it did not hold individuals responsible, the court blamed the commission, who it says refused a court order to open computer servers and who announced official results before all tally forms had been received during the August 8 polls

Among those out in the street was 24-year-old Isaac Mbae, a student at the University of Nairobi, which is located across the street from the IEBC’s headquarters. He is an opposition supporter, but stressed he is not happy with these calls for protests.

“Okay, there is some tear gas everywhere and I cannot manage. And this is political stuff. And us students, we are not happy about it because it is bringing a misunderstanding everywhere and intolerance."

“We therefore give the state 24 hours to return our leaders’ security or face mass action right at their doorstep. This is not negotiable,” Mbadi said.

Kenya’s constitution dictates new polls must be held within 60 days of the ruling; the new date of October 26 falls just five days shy of that deadline. The ruling party has remained steadfast that this timeline be followed, and has rejected the idea of changing the commissioners.

Many people are just hoping the politicians can sort out their issues before triggering a constitutional crisis.