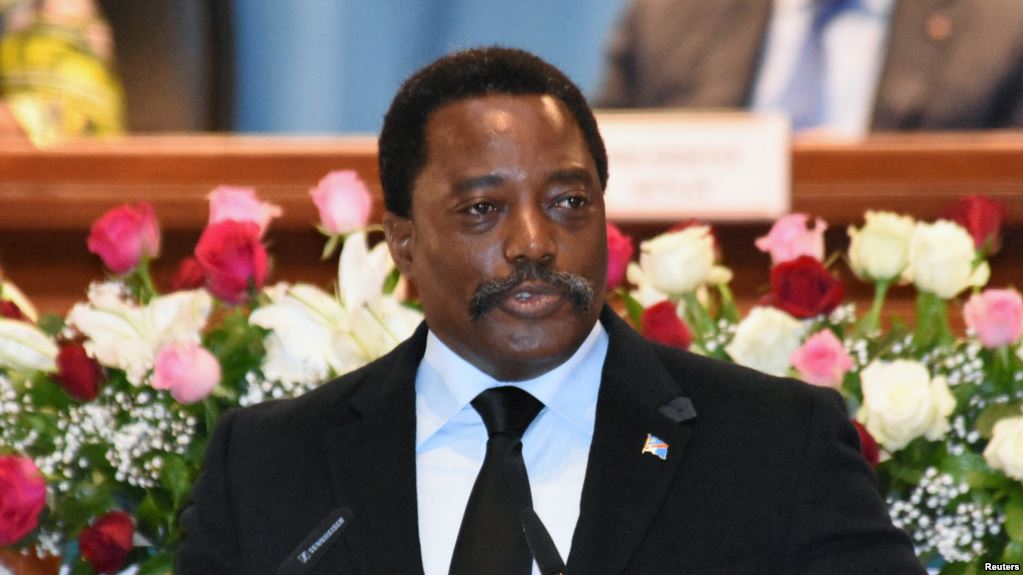 Congo President Joseph Kabila declared Tuesday that "justice must be done" as he opened a peace conference in the bloody Kasai region where thousands of people have died in a year of fighting among government troops and militias.

Congo President Joseph Kabila declared Tuesday that "justice must be done" as he opened a peace conference in the bloody Kasai region where thousands of people have died in a year of fighting among government troops and militias.

Kabila blamed the unrest on "terrorist militia" and told officials, religious and civil society leaders and former militia members at the conference that all who have contributed to the violence in the once-peaceful region will have to answer for their crimes.

The fighting in the Kasai provinces in Congo's south began in August 2016 after Congolese troops killed the leader of the Kamwina Nsapu militia. More than 3,300 people have died since then, according to the Catholic church, and the United Nations says more than 1.4 million people have been displaced.

Kabila called on Kasai residents to register to vote, which began last week. Congo's electoral commission has said the delay in starting registration in Kasai means the country's long-delayed presidential election cannot be held this year, in defiance of an agreement reached by the government and opposition to hold the vote by the end of 2017.

The opposition has accused Kabila of delaying the vote to stay in power beyond his mandate, which ended in December. The political tensions are one factor behind the fighting in the Kasai region, a stronghold of opposition to Kabila. Some opposition figures from the Kasai region have boycotted the conference.

The president told the opening of the three-day peace conference in Kananga, the capital of Kasai Central province, that attendees should "remain open to all constructive suggestions" on bringing to justice those who have brought shame on Congo through massacres, decapitations and other serious crimes.

The U.N. has estimated 80 mass graves exist in the region, saying that Congo military "elements" were responsible for digging at least half of those. The government has blamed the Kamwina Nsapu militia for the mass graves.

The U.N. human rights office has warned of ethnic cleansing in the region and urged Congo's government to prevent further violence.