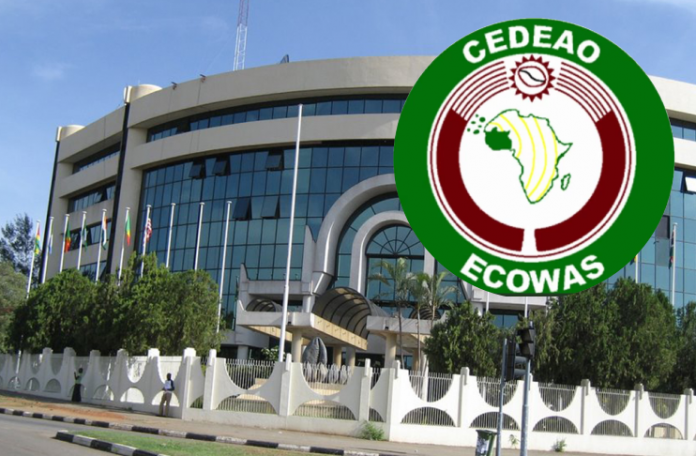 They were there as part of the Economic Community of West African States (Ecowas), but this was no ordinary summit. On the agenda was a proposal, that, if accepted, would radically transform politics in the region and, ultimately, the continent.

The proposal was simple. It said that all Ecowas leaders, in all circumstances, would be limited to just two terms in office. No more dictators. No more presidents-for-life. Just regular handovers of power, regular changes of leadership, regular cycles of political renewal.

In a region and a continent infamous for its leaders who long outstay their welcome, this was a revolutionary proposal.

It so nearly succeeded.

Almost all the motion’s supporters were countries that had experienced a peaceful handover of power, in a credible election, in the past decade. Among leaders of these countries, Ernest Bai Koroma of Sierra Leone is the longest-serving. At the time, he had been in charge for just eight years, and is stepping down in March 2018.

Slowly, and without much fanfare, West Africa has become a bastion of democracy on the continent. But a few dinosaurs remain.

Two countries opposed the two-term limits idea: The Gambia and Togo. Their opposition was hardly a surprise. Yahya Jammeh, then-president of The Gambia, seized power in a coup in 1994 and had viciously clung on to power ever since. Faure Gnassingbé, meanwhile, inherited Togo’s presidency in 2005 after the death of his father. Gnassingbé père had been president since independence in 1967.

Like the African Union, Ecowas operates on the principle of consensus. Resistance from The Gambia and Togo was able to prevent the motion from being passed. The dinosaurs, although in a small minority, had won this round.

But the rest of Ecowas would have its revenge.

After somehow contriving to lose the Gambian presidential election in December 2016, Jammeh attempted to hold on to power. And he might have got away with it, if not for the extraordinary outcry from Gambians and civil society organisations — and, crucially, a decisive response from Ecowas.

Other African leaders flew into Banjul to persuade Jammeh to step down. Senegal, The Gambia’s only neighbour, shut its borders. A regional military force, comprising several thousand troops from Senegal, Nigeria and Ghana, was hastily put together to force Jammeh’s hand.

Late on January 21 this year, Jammeh slunk away on his private plane, defeated and disgraced. President-for-life no more; another dinosaur slain.

Which brings us to Togo, the last holdout. Togolese are not immune to the trend towards greater democratisation and participation that is sweeping the region. They have seen how The Gambia got rid of Jammeh. They have seen, too, how their northern neighbour, Burkina Faso, rose up against strongman Blaise Compaore. In 2014, a wave of protests forced Compaore into exile, and ushered in a new democratic dispensation.

Can Togo do the same?

Over the past two weeks, Togo’s protest movement has been growing in strength. Tens of thousands of people have braved arrests and tear gas to march through the streets of Lomé and other towns, wearing the opposition colours of red, orange and pink. “50 years is too long”, they chanted, referring to the Gnassingbé family’s long rule.

“We will march again ... Faure should talk to us about the conditions for his departure,” said veteran opposition leader Jean-Pierre Fabre. Fabre’s push to unseat Gnassingbé has been boosted by the emergence of a new opposition leader, Tikpi Atchadam, who hails from the president’s traditional stronghold in the north of the country and makes the protests more representative than ever.

In an effort to halt the protests, which were largely organised through social media, Togo’s government shut down mobile internet, making it nearly impossible for ordinary Togolese to access Facebook or WhatsApp — or to arrange rallies. “We had a protest. BIG! You counter protested and it was empty. We reprotested. Huge! You got mad, shut down internet and beat us,” tweeted Farida Nabourema, a human rights activist.

Some veteran regional statesmen have urged the Togolese president to heed the protesters’ message. Former Nigerian president Olusegun Obasanjo said Togo needed to rewrite its constitution, and suggested it might be time for a new occupant in the presidential palace.

“I believe whatever [Gnassingbé] has to do in terms of development, whatever ideas he has, he must have exhausted them by now, unless he has something new that we do not know,” said Obasanjo.

West African leaders have been slower to intervene, however, keeping uniformly quiet on the issue. This may be because for all his faults, Gnassingbé was chosen to chair Ecowas earlier this year — a ceremonial position. But even this is unlikely to protect him if the protests gather momentum.

“The president’s position is very fragile, and we do not think his peers in Ecowas or his friends in Europe will help him if things get ugly,” said Francois Conradie, a political analyst, speaking to Al Jazeera.

Gnassingbé, in other words, is on his own. This is in stark contrast to other regions in Africa, where long-term incumbents tend to enjoy the unquestioning support of their peers. Just think of how the Southern African Development Community has failed to censure Zimbabwe’s Robert Mugabe, despite his repeated abuses; or how the East African Community meekly accepted the third terms of both Burundi’s Pierre Nkurunziza and Rwanda’s Paul Kagame.

West Africa is different. For all the region’s other faults, it has succeeded where others have failed in entrenching and enforcing peaceful transitions of power.

Gnassingbé is the last anti-democratic dinosaur remaining. But for how much longer?