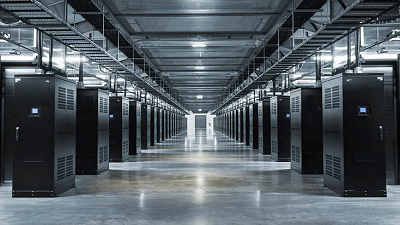 Africa is expected to attract billions worth of investments into its data centre market on the back of the continent’s growing internet economy.

Africa is expected to attract billions worth of investments into its data centre market on the back of the continent’s growing internet economy.

According to Research and Markets, the Africa data center market size by investment was valued at US$2 billion in 2020 and is expected to reach US$5 billion by 2026, growing at a compounded annual growth rate of 15% during 2021-2026.

ReportLinker an AI-driven market intelligence platform figures indicate the sector gobbled up US$2.6 billion in 2021 with a total of US$5.4 billion set to be invested in the next five years alone. The report further shows that data centre markets in South Africa, Kenya, Egypt, Nigeria and Ethiopia will attract the lion’s share of investment. Other states with noticeable investment activity are Morocco, Algeria, Ghana and Ivory Coast.

While the Internet of Things (IoT) is not new in Africa, COVID-19 has forced businesses once resistant to digital transformation to embrace tech.

This includes restaurants where more people now order food online, as well as the retail, logistics and education sectors, which in a bid to keep pace with demand, satisfy new expectations and retain customers, are forced to adopt digital solutions.

To store, communicate, and transfer data seamlessly, these businesses are creating more demand for data centers to ensure that their supply chain is not disrupted.

It is an opportunity for investors to plug significant gaps, given that currently, most of Africa’s data is stored elsewhere.

The Economist reported that from the continent’s southern tip “it can take 180 milliseconds for a message to reach Europe and back— long enough to frustrate people trying to trade shares or play games.”

But with new multi-billion dollars investments into data centers, the internet will be brought much closer to users, laying the ground for the advancement of Africa’s tech revolution.

ReportLinker, notes that global cloud service providers such as AWS, Microsoft, IBM, and Oracle are expanding their presence with new cloud regions and as such, it argues that there is “an opportunity for vendors to grow in suburban areas and fuel the demand for hyperscale data centers in Africa.

As data demand and cloud adoption continue to cause a surge in traffic, data centres are becoming increasingly important on the continent.

Africa Data Centres says its vision is to unveil various business opportunities and develop a strategic network of partnerships to further strengthen and grow its market share in Africa while providing high-quality interconnected, carrier- and cloud-neutral data centre facilities.

The company recently began the development of a second data centre of up to 20MW of IT load in Kenya and is securing land for a third facility in the country. It has also established other data centres in Lagos, Nigeria and Lomé, Togo. In 2021, another pan-African telco, Airtel Africa awarded Ericsson a turnkey project to relocate and modernize their existing network and core services to a new data centre in Seychelles.

Not to be left behind, Mobile network operator Safaricom is deploying a new prefabricated data center in the Ethiopian capital Addis Ababa, as the telco begins to launch operations in the country. Anwar Soussa, managing director of Safaricom Ethiopia, said in December 2021 the company’s first data center has arrived in Addis and the company is working on its network rollout. “At such a monumental time where we are building our network, we are committed to bringing the best telecom technology to Ethiopia. We have invested US$100 million in our first Data Center in Addis,” the company said in a social media post.

While the company did not share specifics around specifications, Pedro Rabacal, Chief Technology Officer at Safaricom Ethiopia, said the facility ‘started off in China’ and was built there over a number of weeks before being delivered to the capital via boat. He added the company is investing around US$300 million into the country in 2022 and more data centers will be rolled out as the network grows.

Safaricom is only one of the many players seeking to have a presence in Ethiopia’s capital. Others include Ethio Telecom which in May 2021 opened a new Huawei-made modular data center in Addis Ababa and Raxio which in 2021 broke ground on a 3MW facility in Addis Ababa’s ICT Park. Wingu.Africa and RedFox are also developing facilities in the same park.

The rapidly expanding Africa data center market has attracted the attention of major global players in the field, stimulating investing and driving further expansion. In December 2021, Equinix, an American multinational company that specializes in Internet connection and data centers announced its plan to acquire MainOne data centers in West Africa for a sum of around US$320 million. The acquisition was to give it a launchpad from whence to expand operations in Africa.

In South Africa, global software giant Oracle also announced that it has chosen Johannesburg as the site of its first African data center, its first cloud region on the African continent, went live in January 2022. According to the company, the Oracle Cloud Johannesburg Region will allow organizations looking to build high-performing, secure applications, meet data sovereignty requirements, and devise robust disaster recovery plans, to meet the rapidly growing demand for enterprise cloud services across the continent. Johannesburg will be among the 14 locations across Europe, the Middle East, Asia Pacific, and Latin America that the company says it plans to open cloud regions to support strong customer demand for Oracle Cloud services. In April 2020, Oracle rival Amazon Web Services (AWS) announced the opening of the AWS Africa (Cape Town) Region, which the cloud giant said has three availability zones, located in separate and distinct geographic locations.

As other global giants’ troop to the continent, Microsoft has been here since 2019 when it opened two data centre regions in South Africa, becoming the first global provider to deliver cloud services from data centres on the African continent.

No peak in sight for Africa Data Center’s growth

International Data Corporation estimates public cloud services adoption in Sub-Saharan Africa will accelerate at a compound annual growth rate of 25% year-on-year between 2020 and 2025, with this momentum expected to continue. The growth is expected to be driven by a number of factors including robust investment in renewable power, smart city initiatives, and increased support for the digital economy.

With the Africa IT infrastructure market expected to reach approximately US$4 billion by 2026, the growth in data generation in Africa is fueling the demand for fast-processing efficient servers and the demand for build-to-suit infrastructure is growing to support specific applications. Several segments such as BFSI, healthcare, transportation and logistics, education, and heavy industries are adopting advanced server systems for efficient services. All these are expected to further investment into Africa’s data centers.

Smart cities are expected to continue being a catalyst to growth of Africa’s data centers. Diverse as they are, these cities have acted as development catalysts: inducing foreign investment, augmenting infrastructure networks and, more recently, fibre-optic connections. The huge demand for digital infrastructure has sparked investment in new Data centers further driving market growth. Kenya Technopolis -The Africa Silicon Savanna catalyzed the development of a new Tier III National Data Center which support the Platform as a Service (PaaS) and Infrastructure as a Service (IaaS) in which the government opts to have a private cloud alongside a government cloud. In the next phase, more smart cities are expected to take root across the continent, becoming the seedbeds from which new data centers are built.

Even with the tremendous progress that has been made in expanding Africa’s data centre infrastructure, Africa still only accounts for less than 1 per cent of total available global data centre capacity, according to Xalam Analytics. However, with the continent’s urban population set to grow by 60 per cent by 2050, characterised by an increasing technology talent pool and an emerging middle class, further investment is expected to flow into the sector to mee the ever expanding demand for cloud storage. “Data centres are at the heart of economic growth in Africa and without them, developing rich and self-sufficient ICT ecosystems cannot happen,” says Stephane Duproz, CEO of Africa Data Centres.