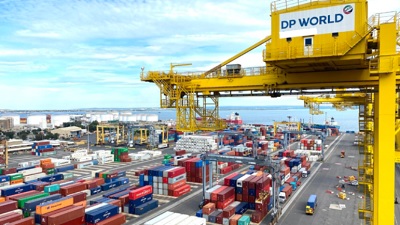 Ports constitute a major part of the global transportation sector and have been integral to the success story of economies the world over for many centuries, evolving with the rise of ‘container hubs’ acting as a crucial connection between sea and land.

Ports constitute a major part of the global transportation sector and have been integral to the success story of economies the world over for many centuries, evolving with the rise of ‘container hubs’ acting as a crucial connection between sea and land.

DP World is one of the world's largest port operators and continues to invest in our ports, because it benefits its partners, clients and the world.

The African logistics market, which is currently estimated at US$150 billion, is expected to experience rapid growth particularly with the arrival of the Africa Continental Free Trade Area (AfCFTA) agreement. The continent’s potential has attracted the interest of global logistics major DP World. Investments made by the company across the continent not only demonstrate its commitment to Africa but the potential of the continent’s transport and logistics network.

DP World is not new player in African logistics scene. In fact, it has been around for over 20 years managing port logistics in a number of countries including Senegal, Egypt, and Somaliland.

It also manages about 3.5 million 20-foot equivalent units of capacity in Senegal, Mozambique, Somaliland, Angola, Rwanda, Algeria, and Egypt. These numbers add to 70 million containers that it handles globally, making it one of the largest port operators in the world.

Modern logistics property is currently scarce across much of the Sub-Saharan region. Most ports are managed by decades old technology which cannot adequately meet logistics needs of modern retailing, distribution and manufacturing practices. To bridge this gap, DP World partnered with UK’s development finance institution and impact investor CDC Group in October 2021 to create a US$1.7 billion investment platform. The platform is aimed at modernization and expansion of ports and inland logistics across Africa, starting in the ports of Dakar in Senegal, Sokhna in Egypt and Berbera in Somaliland.

The platform covers a long-term investment period and DP World is contributing its stakes in three existing ports initially and expects to invest a further US$1 billion through the platform over the next several years while CDC is committing approximately US$320 million initially and expects to invest up to a further US$400 million over the next several years.

“We are excited to announce a partnership with CDC Group that will enable increased investment in ports and logistics infrastructure across Africa, driving efficiency and trade growth. The partnership will create transformational opportunities for tens of millions of people over the next decade,” Sultan Ahmed bin Sulayem, Group Chairman and CEO, DP World, said.

“By combining our in-depth knowledge of ports and logistics and CDC’s expertise in infrastructure investment in Africa, we can drive greater supply chain efficiencies, provide improved trade connectivity and ultimately enhance value for all stakeholders.”

An additional US$2 billion of new investment has also been planned for new capacity in Senegal, the Democratic Republic of Congo, Angola, Somaliland, and Mali.

Trade enabled through the ongoing expansions is expected to create an additional 138,000 employment opportunities in the wider economy and by 2035, and the ports are expected to support stable employment for around 5 million people indirectly.

To further expand its Africa footprint, in July 2021, DP World made an audacious US$1.2 billion bid to acquire 100% stake in Imperial Logistics of South Africa. DP world said that the deal will help it to build better and more efficient supply chains for the owners of cargo in Africa

In the same year, DP World and the Government of Somaliland inaugurated a new container terminal at Berbera Port, following completion of the first phase of the port’s expansion aimed at transforming it into a major regional trade hub in the Horn of Africa.

The terminal includes a modern container yard with eight rubber tyre gantry cranes (RTGs). A new port One Stop Service Centre is also currently being built and will be ready in quarter three this year.

A total of US$442 million has been committed by DP to develop and expand Berbera Port whose first phase now complete. Work is already underway to further expand the port to enable it handle up to two million TEUs a year, and multiple large container vessels at the same time.