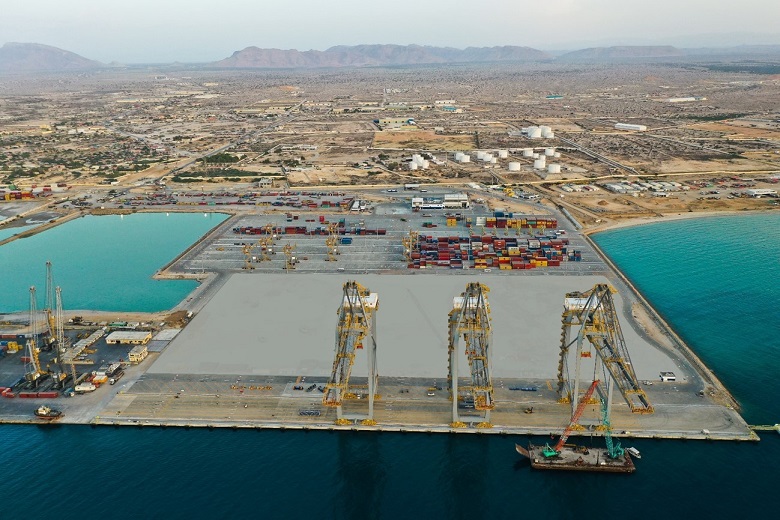 DP World and Somaliland opened a new container terminal at Berbera Port, with work under way to further expand the terminal's capacity and develop it into a major regional trade hub serving the Horn of Africa.

DP World and Somaliland opened a new container terminal at Berbera Port, with work under way to further expand the terminal's capacity and develop it into a major regional trade hub serving the Horn of Africa.

"With the new terminal, along with the second phase of expansion and economic zone along the Berbera corridor, we are now firmly positioned to further develop and grow our economy through increased trade, attracting foreign direct investment and creating jobs," Muse Bihi Abdi, president of Somaliland, said.

DP World has committed to invest up to $442 million to develop and expand Berbera Port.

With the first phase now complete, DP World said that work is already under way to further expand the port. The second phase of expansion includes extending the new quay from 400 to 1,000 metres and enabling the port to handle up to two million TEUs a year.

"Our further expansion of the port in a second phase and its integration with the special economic zone we are developing along the Berbera Corridor, reflects our confidence in Berbera and intent to develop it into a significant, world-class centre of trade," Sultan bin Sulayem, chairman of DP World, said. "It will be a viable, efficient and competitive option for trade in the region."

DP World Berbera, which began operations at the port in March 2017, has since increased volumes by 35 per cent and vessel productivity by 300 per cent, according to the statement.

The Dubai-based port operator has been significantly expanding its footprint in Africa as it looks to tap into lucrative trade routes in the region.

DP World has existing investments in Egypt, Algeria, Djibouti, Rwanda, Somaliland, Mozambique and Senegal, according to its website.

Last year, the ports operator signed an agreement with Senegal to develop its Ndayane deep-water port, making it the company's biggest port investment in Africa at that time.

DP World Dakar said it will invest a total of $1.1 billion over two phases of the project, which is expected to boost Dakar's position as a major logistics hub and gateway to west and north-west Africa.