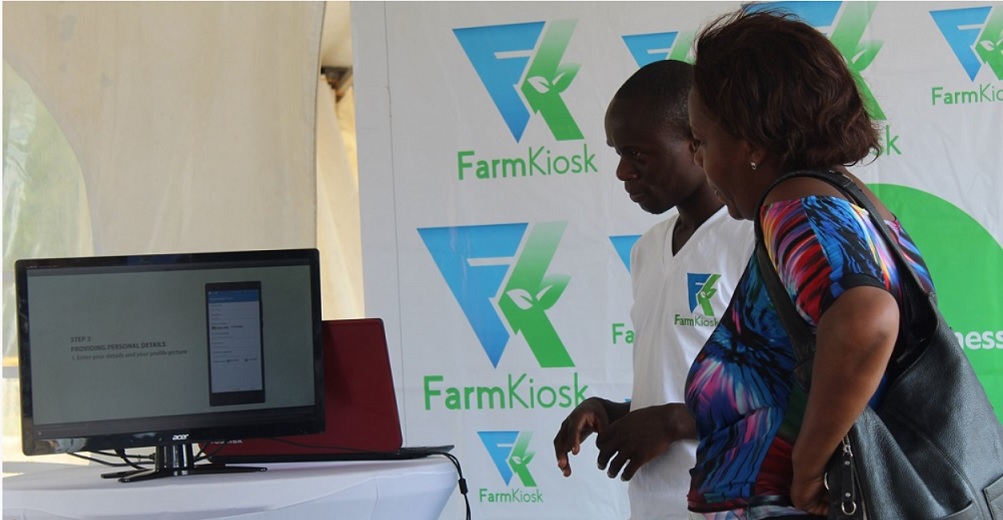 It was Bwanika Charles’ teenage passion for agriculture that drove him to venture into growing cereal crops, mainly maize, on a rented piece of land in his home district of Masaka back in 2014.

It was Bwanika Charles’ teenage passion for agriculture that drove him to venture into growing cereal crops, mainly maize, on a rented piece of land in his home district of Masaka back in 2014.

“I harvested two tonnes of maize, only to fail on getting the right market given the fact that prices had drastically fluctuated,” he told Disrupt Africa. “I ended up selling off this harvest on the cheap.”

This disappointment led Charles to thoroughly research post-harvest loss control and value addition in the cereal crop space in order to provide a solution to farmers who suffered from similar challenges, and he is now founder and chief executive officer (CEO) of Farm Kiosk. Launched in August 2018, the startup launched its mobile app in October 2019.

The Farm Kiosk mobile app has interactive user-friendly features which allow it to profile farmers, buyers and extension workers, specifically agronomists and veterinarians, so that it can help farmers sell their produce and access specialist knowledge.

“One of the unique features in our app is the profiling feature which helps us to identify the type of produce specific farmers in a specific location will have in a specific season, and their anticipated harvest period, which guides us to link them to outtakers of their produce.”

Upskilling farmers and connecting them with markets has critical importance in Africa, which imports US$40 billion worth of food annually but is a huge potential producer.

“Agriculture in Uganda provides approximately 24 per cent of gross domestic product (GDP), generates nearly 48 per cent of export earnings, and provides direct and indirect livelihood support to 80 per cent of all households. Despite the fact 80 per cent of Uganda’s land is arable only 20 per cent is being utilised,” said Charles.

Farm Kiosk wants to address this by making it easier and more attractive for young people to get into farming, and is currently working with more than 40 women groups and 20 youth groups comprising 1,530 farmers, 37 B2B customers, and over 1,500 B2C customers spread around seven districts.

The self-funded startup is earning revenues on profit margins on market linkages and quarterly subscriptions on services, and plans to move into other East African countries in future.

“We are currently running a five-year strategic plan which we recently revised to absorb the shocks brought about by the COVID-19 pandemic,” Charles said.

“Principally we aim to expand our services to all the 10 agricultural zones of Uganda, facilitate the purchase of our delivery trucks, facilitate the establishment of our call centre and our storage facility, which will enhance on the creation of jobs in the sector.”