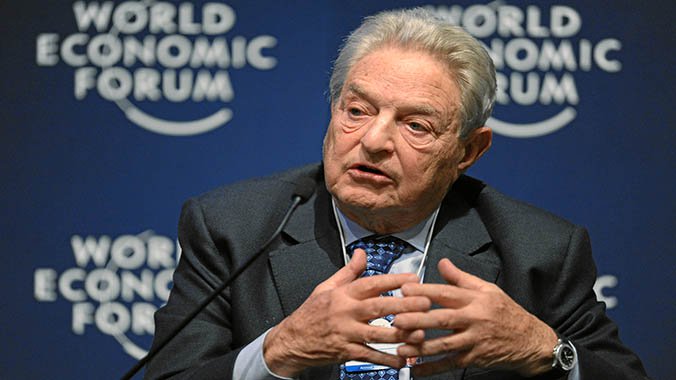 Speaking at the World Economic Forum in Davos, Switzerland, Soros, called out Facebook and Google for “exploiting” social environments and causing “a variety of problems.” He even suggested that the companies could be tempted to “compromise themselves” to gain access to markets such as Russia and China.

“The owners of the platform giants consider themselves the masters of the universe, but in fact they are slaves to preserving their dominant position. It is only a matter of time before the global dominance of the US IT monopolies is broken, Soros said. “Davos is a good place to announce that their days are numbered. Regulation and taxation will be their undoing, and EU Competition Commissioner Vestager will be their nemesis.”

Soros, 87, believes one of the critical problems these networks cause is their ability to influence how people think and behave, often without them even being aware of it. “This has far-reaching adverse consequences on the functioning of democracy, particularly on the integrity of elections,” he added.
Unsustainable growth

Soros warned that at its current rate, Facebook will run out of new users to join its platform, even as it continues to penetrate globally.

“The distinguishing feature of internet platform companies is that they are networks and they enjoy rising marginal returns; that accounts for their phenomenal growth. The network effect is truly unprecedented and transformative, but it is also unsustainable. It took Facebook eight and a half years to reach a billion users and half that time to reach the second billion. At this rate, Facebook will run out of people to convert in less than 3 years.”

And together, Facebook and Google have become advertising behemoths, controlling more than half of internet ad revenue, Soros said.

“To maintain their dominance, they need to expand their networks and increase their share of users’ attention. Currently, they do this by providing users with a convenient platform. The more time users spend on the platform, the more valuable they become to the companies,” he said.
Internet platforms operate like ‘casinos’

Soros also suggested that the social media platforms have too much control over content. “The exceptional profitability of these companies is largely a function of their avoiding responsibility for—and avoiding paying for—the content on their platforms,” Soros said. “They claim they are merely distributing information. But the fact that they are near-monopoly distributors makes them public utilities and should subject them to more stringent regulations, aimed at preserving competition, innovation, and fair and open universal access,” he added

He noted that it’s a business model based largely on advertising, but a “new business model is emerging” that’s based on selling products to social media users, he noted.

“Social media companies deceive their users by manipulating their attention and directing it towards their own commercial purposes. They deliberately engineer addiction to the services they provide. This can be very harmful, particularly for adolescents. There is a similarity between internet platforms and gambling companies. Casinos have developed techniques to hook gamblers to the point where they gamble away all their money, even money they don’t have.”
‘Freedom of mind’

The impact on human attention in the digital age is “very harmful” and “may be irreversible,” Soros warned.

And he wasn’t just referring to distraction or addition. “Social media companies are inducing people to give up their autonomy. The power to shape people’s attention is increasingly concentrated in the hands of a few companies,” he said. “It takes a real effort to assert and defend what John Stuart Mill called ‘the freedom of mind.’ There is a possibility that once lost, people who grow up in the digital age will have difficulty in regaining it. This may have far-reaching political consequences. People without the freedom of mind can be easily manipulated. This danger does not loom only in the future; it already played an important role in the 2016 US presidential elections,” he said.