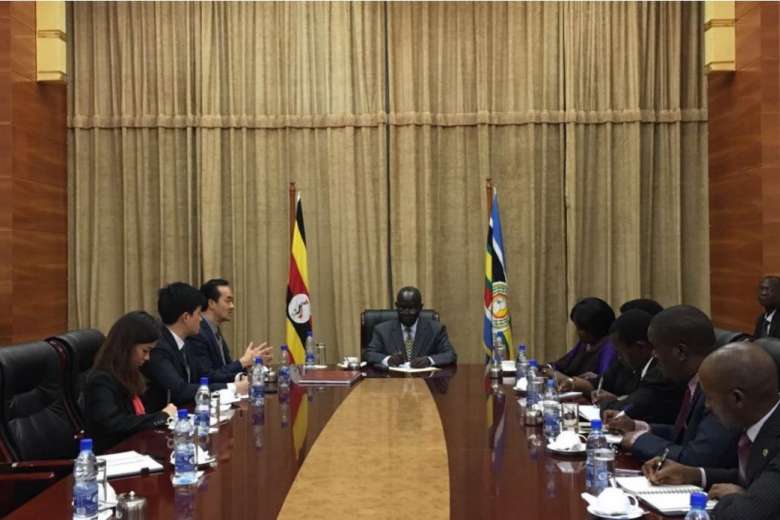 Minister of State for Trade and Industry Koh Poh Koon is visiting Uganda and Tanzania this week (April 25 to 29) to explore new growth opportunities in the East Africa region.

Minister of State for Trade and Industry Koh Poh Koon is visiting Uganda and Tanzania this week (April 25 to 29) to explore new growth opportunities in the East Africa region.

They were joined by Minister of Trade, Industry and Cooperatives Amelia Kyambadde and Minister of Finance, Planning and Economic Development Matia Kasaija.

Both sides have agreed to commence negotiations on the Avoidance of Double Taxation Agreement, which provides for the reduction or exemption of tax on certain types of income, said a media release by Singapore's Ministry of Trade and Industry (MTI) on Tuesday.

Dr Koh also delivered a speech at the Uganda-Singapore Business Forum organised by the Singapore Business Federation (SBF) and Uganda Investment Agency, where he highlighted areas where Singapore could contribute to Uganda's development. He also encouraged stronger linkages between Singapore and East Africa.

The East Africa region has achieved an average of 6 per cent gross domestic product (GDP) growth since 2005, said MTI. It added Singapore's bilateral trade with Uganda amounted to $34.7 million in 2015, which has grown at a compound annual growth rate of 37 per cent since 2010.

"Diversifying growth beyond commodities, the East Africa region has been shifting towards a service-driven economy, presenting opportunities that can be reaped by Singapore companies," the MTI said.

He noted that East Africa has recorded impressive growth over the past decade and Uganda is at the heart of this region.

"I am encouraged that the Singapore business delegation on this trip comprises companies exploring Uganda for the first time. This highlights our companies' willingness to push new boundaries," he added.

Dr Koh will be in Tanzania from Wednesday to Friday for the next leg of his visit.

He is accompanied by a Singapore delegation comprising officials from MTI, International Enterprise Singapore and Singapore Cooperation Enterprise, as well as an SBF-led delegation of representatives from 11 Singapore companies.