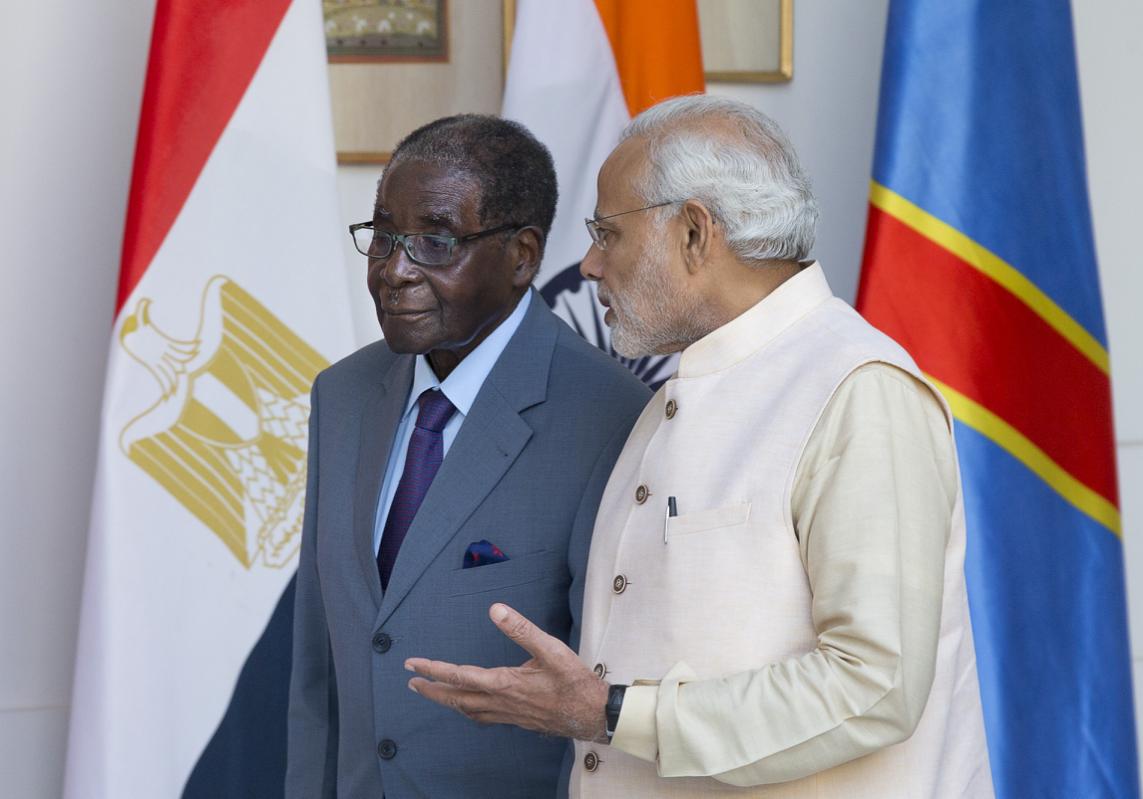 Prime Minister Narendra Modi described India and Africa as bright spots of hope and economic opportunity and offered technology and credit in an effort to match rival China's influence over the continent at a summit with more than 40 African leaders Thursday.

Prime Minister Narendra Modi described India and Africa as bright spots of hope and economic opportunity and offered technology and credit in an effort to match rival China's influence over the continent at a summit with more than 40 African leaders Thursday.

As Modi opened the meeting in the Indian capital, he said Africa was now more settled and stable and "its initiatives are replacing old fault lines with new bridges of reforms and economic integration."

Modi said in less than a decade India's trade with Africa has topped $70 billion and that the continent is a major destination for Indian business investment.

India has committed $7.4 billion in low-interest credits and $1.2 billion in grants since the first India-Africa Summit in 2008. It is developing infrastructure, public transport, clean energy, irrigation, agriculture and manufacturing capacity across Africa, he said.

In exchange, India hopes for a share of Africa's vast natural resources to power its own growth. It also wants to ensure it is not completely overshadowed on the continent by China, which has plowed billions of dollars into Africa, building roads, bridges and power installations in return for access to markets and resources.

Modi shared Africa's concern for security, especially from terrorism and extremism, and said he had confidence that African leaders and people would rise to those challenges.

They want India to help build their defense capacity so the military forces that are now fighting Boko Haram can be strengthened, said Sanjiv Kohli, an Indian External Affairs Ministry official.

Modi regretted that India had not done as well as African nations wanted at times. "There are commitments we have not fulfilled as quickly as we should have," he said.

"We will raise the level of our support for your vision of a prosperous, integrated and united Africa that is a major partner for the world," he said.

Zimbabwean President Robert Mugabe thanked India for its development work in Africa, but said there should be a "robust evaluation and follow up mechanism as some of the projects have been delayed."

"These are gifts highly appreciated by us. These do not come from those who have robbed us of our humanity," said Mugabe, who addressed the summit as chairman of the African Union.