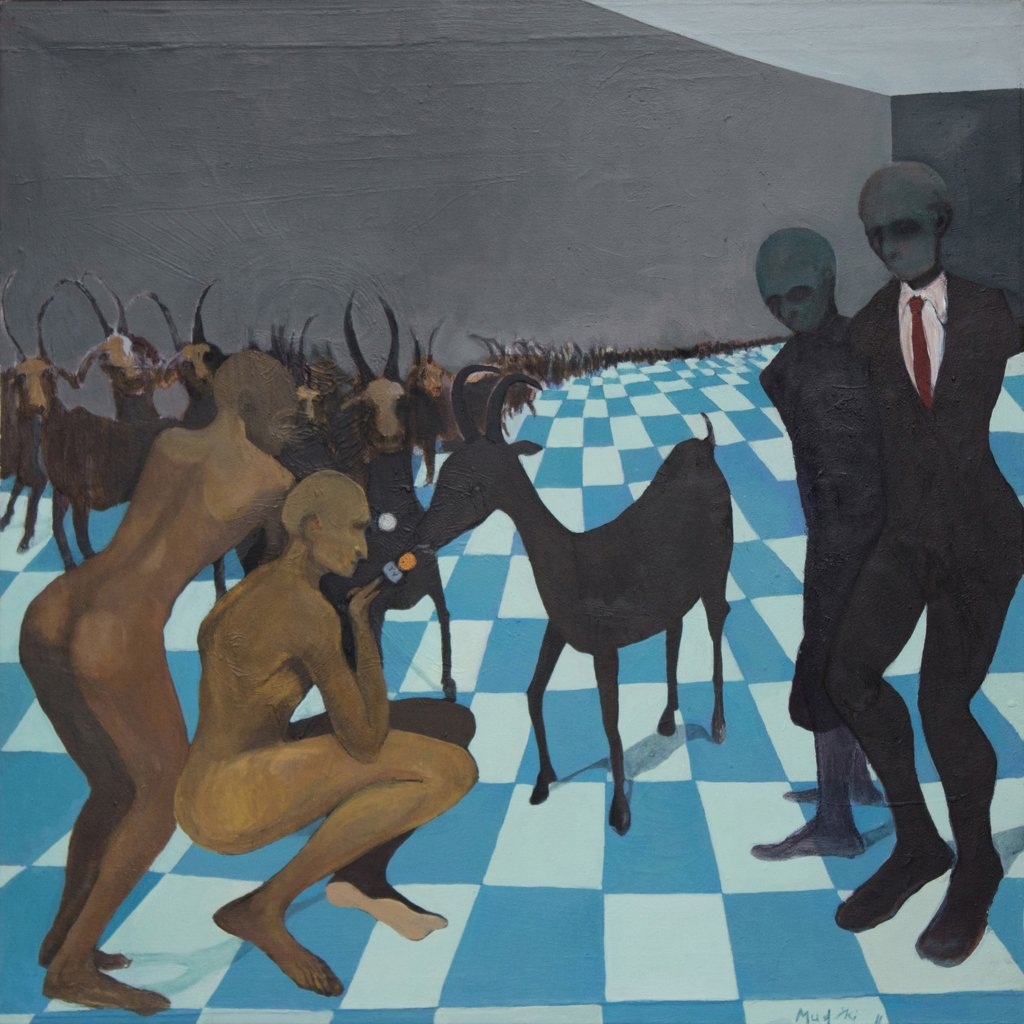 With a profusion of colors, textures and styles, the annual Johannesburg Art Fair highlights artists, galleries and museum collections from across Africa.

The fourth annual Johannesburg exhibit showcases work that provokes debate on many of Africa's social issues.

With a profusion of colors, textures and styles, the annual Johannesburg Art Fair highlights artists, galleries and museum collections from across Africa.

The fourth annual Johannesburg exhibit showcases work that provokes debate on many of Africa's social issues.

But it is art inspired by Africa's socio-economic woes and political upheavals that attracts buzz among visitors to the fair.

A life-size elephant made from trash draws a steady stream of art enthusiasts who pose for pictures with the sculpture. The recycled pachyderm, encased with a mesh of wire to hold the plastic pieces in place, is one of several works by African artists who use everyday items for their art projects.

One gallery exhibits magazine covers from South Africa's 1950s legendary publication "Drum." The covers have photographs by black photographers using images of black subjects during the apartheid era and the images spark an ad hoc history lesson for school children.

Other works are more challenging or controversial than others.

African-American photographer Ayana Vellissia Jackson came to South Africa five years ago, to explore art on the continent. "One of the reasons I moved to South Africa ... was because of the vibrancy of the art market here, the galleries, the laboratories for photography" she said. "Also to participate in the emergence of contemporary art from artists from Africa, reflecting their own communities and their own realities"

One stark photograph shows a naked Jackson sitting on the ground holding a weapon, with a traditional Tuareg scarf wrapped round her head. The photograph was produced after the artist visited Mali earlier this year, before that country's coup and before northern Mali was seized by Tuareg and Islamist rebels. Another picture shows Jackson dressed in a white Christian missionary-style dress, surrounded by multiple images of her naked self.

"Very often when you talk about subjects like war or voyeurism or missionaries or the colonial moment, usually the subject is being photographed by someone else" says Jackson, who is originally from New Jersey. "The act of myself reflecting myself ... helps people to not feel that I'm speaking from a voyeuristic standpoint" she adds.

Another artist who uses his own life experiences in his work is 27-year-old Zimbabwean Richard Mudariki, who moved from his homeland to paint in Cape Town in 2011. "As a young artist, what they call an emerging African artist, it's an important platform for me ... to come and show my work" he says.

Mudariki's colorful, modernist and abstract paintings reflect his upbringing in Zimbabwe, the social turmoil in his homeland, and the challenges the country still faces.

"My art is more social commentary" says Mudariki. "I like to portray what's happening around me ... and also there's an influence in the background I come from, from a country where things weren't right at a time I was also there."

One of the largest exhibits at this year's fair is from the Equatorial Guinea Museum of Modern Art. Curator Marc Stanes has assembled an eclectic mix of carvings, textiles, paintings, sculptures and photographs from countries that don't get much exposure on the international art scene, including Equatorial Guinea, Burkina Faso, Mali and Benin.

"Historically at the art fair we tend to see purely South African works of art. From our collection we had the opportunity to introduce works from across Africa" says Stanes. "We don't often see them in the southern part of the continent, and it's really what all the major collectors and institutions would like to see."

Among the museum's traveling collection, Stanes says he would be hard pressed to pick a standout piece, but describes some of the West African textile works as "different ... fresh." One woven tapestry that Stanes points out is by an Equatorial Guinean artist who writes poetry to accompany his work, which is inspired by the sea that surrounds his Malabo island home. "We see very little textile work at the fair, and that for me is always a bonus" he adds.

David Mac Dougall can be reached at www.twitter.com/davidmacAP.